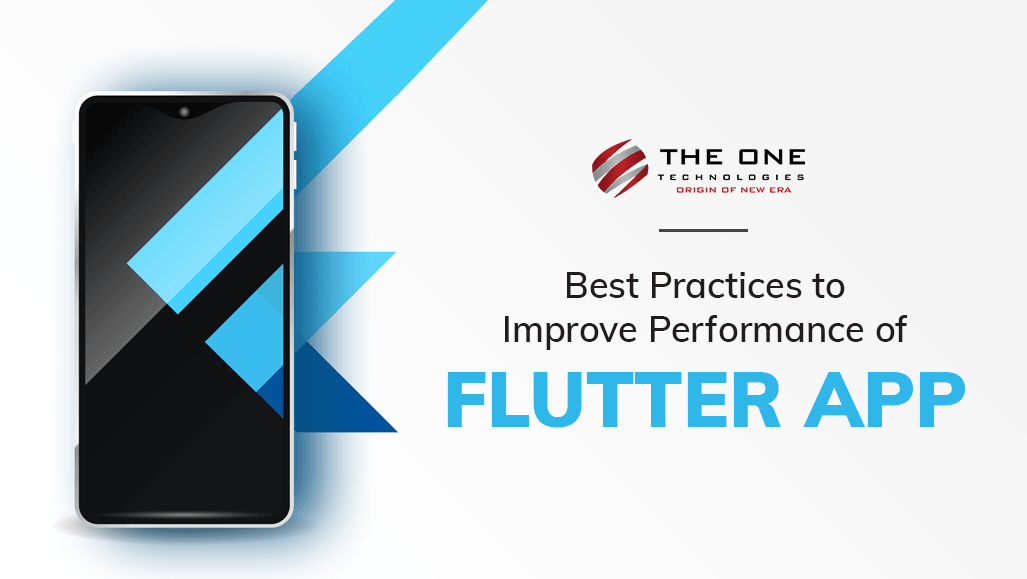 In today's tech-driven world, performance is core to any cutting-edge app. That's not always possible for developers because skipped frames and errors impact reliability and lead to negative user impressions.

That's why the use of Flutter has reached a point where it has become the most popular app development framework in 2021. Of course, you cannot achieve success without a solid understanding of this framework. To help you do that, we've listed some tips on Flutter app performance improvement.

Do Not Rebuild Widgets

Too often, we see widget rebuild as a typical performance anti-pattern. Every user interaction with the widget will refresh the whole view. That, in turn, will impact the scaffold and the background widget, which only delays the app's ability to load fully. It is better to limit the rebuild process to the things you need to update. You can use the Bloc pattern to rebuild the necessary parts.

By indicating that a specific variable has a constant value, the Const keyword prevents the programmer from changing it at the time of compilation. Not only will it help you use several widgets without sacrificing performance, but it will also help you rebuild widgets that require an update. In other words, it'll significantly lower the size of the build function and widgets.

When developing an app, it is essential to verify if the code is synchronous or asynchronous. You can start writing codes asynchronously using the Async/Await in the app. By inserting “await” after an async function, the following lines wait for the Future’s results, so the operation appears synchronous. Of course, it is not easy to update or debug the Async code.

Keep the Opacity Widget to a Minimum

The Opacity widget forces the widget to be rebuilt after each frame, which could affect Flutter's performance, especially if you're dealing with animation. Instead of using an Opacity widget, it's better to apply Opacity directly to an image to minimize resource use.

The 16 ms threshold is more to increase battery power and control device temperature, as it doesn't significantly affect visual change.

When there's a long horizontal or vertical list of widgets, you want to control how many widgets appear on the screen simultaneously. You can do that using the ListView.builder, one of Flutter's best practices.

For instance, you can use ListView.builder when planning to develop a timeline of 50 posts. Instead, if you use a column or ListView constructor, there's a good chance that all posts will be created simultaneously once the app starts.

Why? Because only elements visible on the screen occupy memory space, and if they are not on the screen, the memory space will remain free. That's highly effective in optimizing memory and boosting performance.

Use Stateless Widgets to Avoid Splits

If the building method has different nesting levels, you can consider splitting the widget into multiple methods. This can dramatically affect the CPU's performance because Flutter has to rebuild all the small widgets, including the static ones, every time the main widget is rebuilt. To maintain the CPU's efficiency, you should use stateless widgets.

Using various packages, scripts and widgets are quite easy. However, storing all this data sometimes takes up a lot of memory, affecting the app's overall performance.

One of Flutter's best practices is to use Google's packaging solution, which helps in bundling various Android apps. There are many benefits to using the app bundle, including getting the original code directly from the Play Store. You can also go for a mobile app development company to complete the whole thing effectively. This brings us to the next tip.

We probably saved the best for last. One of the most realistic ways to improve Flutter’s performance is to hire Flutter developers. These teams work in small, effective groups that provide solutions for all platforms, meaning that you won't have to spend more time and money on bringing a new team for each platform.

That'll also give you enough free time to focus on quality and build native apps with a better user experience. Plus, since you're working with a single team, you'll get more flexibility and can immediately make changes to UI and the code.

So, there you have it. These are the top ten tips for Flutter app performance improvement and best practices. These tips can help you develop smooth, responsive apps with a minimum of stutters, errors, and glitchy frames.

Of course, this requires a certain level of experience, expertise, and infrastructure that may be beyond your current system. That's why we believe in outsourcing to a reliable Flutter app development company that fits your exact needs and budget.

Luckily, The One Technologies is a reliable provider using the latest trends and best practices to make Flutter app development effortless. Just contact us to get started!