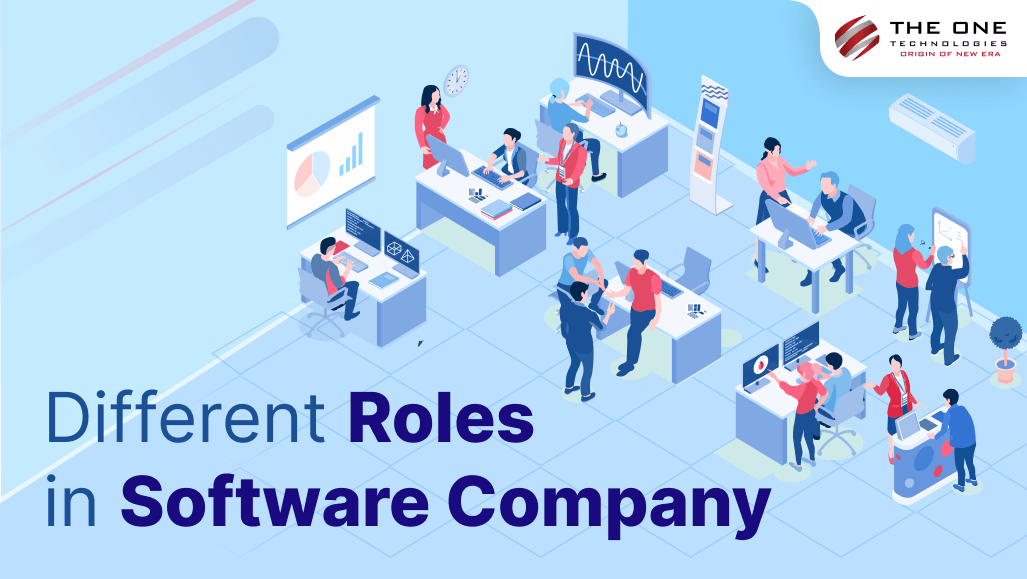 There is no doubt that software development is one of the most profitable careers available for dedicated and capable individuals. This career requires a lot of commitment and energy, but the rewards are equally great.

As a newbie in the information technology (IT) industry, it can be difficult to distinguish between different job titles.

Developers' expertise is similar to those of artists - each has a different skill set and level of experience. In some roles, their approach is more analytical, while in others, it is more practical.

In this guide, we’ll be your compass in the confusing world of a software company’s job titles.

Software engineering is a young and ever-evolving field.

In the following section, you can find a list of software roles most commonly found in the IT industry, as well as a brief explanation of the differences among seniors, juniors, developers, engineers, and more.

A traditional development team is organized based on a clear hierarchy among team members, so managers and supervisors are positioned accordingly. Some of the roles you will likely encounter on such teams include:

There is no structural hierarchy in Scrum teams, in contrast to traditional development structures. They use Agile methods and a self-directed, multidisciplinary management style. Teams have roles that do not coincide with IT job titles, and individuals choose their work principles independently.

When using the agile method, you will have a Scrum Master as your team leader.

During the course of a project, a Scrum Master oversees a team's progress through agile project management techniques. Their role is to facilitate the development team and address any obstacles that might hinder their success.

It is possible for Scrum Masters to work in many environments like financial services or consulting enterprises. Naturally, their roles and responsibilities may differ from one place to another.

Depending on where they work, they may serve as facilitators, mentors, or administrators.

Developers, Engineers, Programmers, and Beyond

While "developer", "engineer", and "programmer" are often used interchangeably, they can mean very different things for many modern software development companies.

The programmer is a technician. And as technicians, they focus more on completing the given tasks without having much involvement in the broader picture. It’s safe to say that a programmer would focus on a single phase of the development process.

Unlike programmers, software engineers oversee the entire development process from start to finish. Although they may sometimes write code, their main role is to assist with planning and creating applications.

Developers have a more extensive working background. They are often responsible for writing code but may also contribute to designing, testing, and implementing it.

Of course, developers, engineers, and programmers tend to be from the same backgrounds.

From Interns To Seniors - What’s The Difference?

It’s not uncommon for businesses to add an adjective in the title of a job to describe the position of employees. Let’s see how these titles differ and what they imply.

It is possible to consider internships when one is starting their career path. During an internship in software development, a trainee works under the guidance of an advanced software engineer.

As part of their responsibilities, they’re expected to learn as much as they can about software engineering.

As soon as you have gained some experience, you can become a junior. A junior developer knows at least one programming language and is capable of writing basic code.

Junior developers often focus on doing the code work as quickly and efficiently as possible.

Getting more experience leads to becoming a middle-level developer. A mid-level developer must comprehend what an application does in a particular setting. It allows them to work on larger chunks of code at once and change the code in an efficient manner.

A mid-level developer probably makes many mistakes and errors to become a senior. A senior developer can conduct experiments, verify assumptions, and connect the dots to determine the answer in the same way a scientist does.

As a senior developer, you should always strive to maximize your value while utilizing your resources to their full potential. In fact, senior developers can even implement an in-depth dev-deploy-launch cycle.

Team leadership may be the next stage in a person's career path. Team leaders are responsible for ensuring the efficiency of their team, the standard of their projects, as well as the pace and consistency of their work.

Front End Vs. Back End Developers

Back-end developers work on creating and updating the technology used to power user-facing components of a website. A back-end developer's work determines whether elements are in the right place since they are integral to system functionality.

Did you know that approximately 60% of IT failures are caused by the wrong team structure and hiring mistakes?

You should always consider the full range of developers’ skills when hiring them.

It's fine to keep things simple, especially if your organization is new. A reliable software outsourcing company can take care of your needs and provide you with the best possible solutions.

Because skills can be learned over time, they are not the only quality to consider. Your available funds and requirements will also determine which developer you need for your project.

We're glad to let you know that you can also take advantage of our experience! Spend your time and money wisely by hiring a software company that carefully handles every aspect of your project from the ground up.