What is Flutter App Development? Advantages & Drawbacks of Flutter 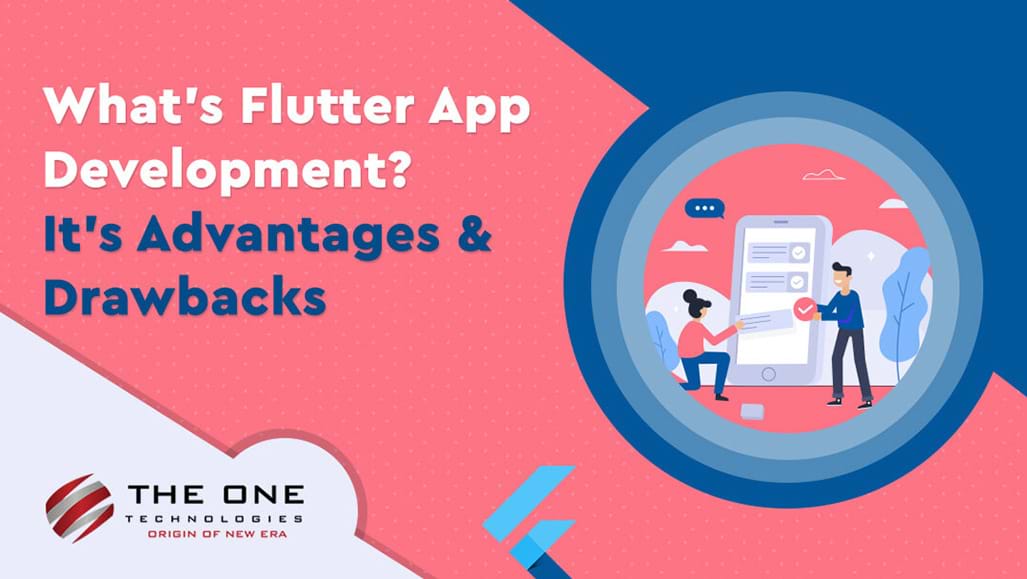 Flutter is now the talk of the town when it comes to cross platform mobile app development. To run seamlessly on both iOS and Android platforms Flutter has grabbed its place in the top list of cross-platform technologies. If you are a hardcore developer and always looking for new hacks to improve your mobile application development, then Flutter is the renowned technology that has been used by them. Due to some of the well-known features of Flutter, it has been drawing a lot of attention from all the organizations.

When a developer develops an application for iOS and Android, he/she has to write different codes for both the platforms. It has become a costly and time-consuming option for every developer and business owner as well. Thus, the native app development increases the budget of a business owner and lands you to spend a high amount of money.

What is Flutter - Lets Understand

Among all the cross platform tools - Phonegap, Xamarin, React Native, and more, Flutter framework has become a renowned platform among developers, entrepreneurs and users. It’s an open-source platform which is used to develop a cross platform mobile application with single source code.

So, if we conclude things here, we could say that Flutter is a developer-friendly programming language as they have to write less code to develop an application. Though mobile app development with Flutter looks easy and reliable, as of now, it comes up with many advantages and disadvantages.

Here, in this article, we will explain to you in detail about Flutter app development, its advantages and drawbacks. But first, let’s understand what’s Flutter.

Flutter is an open-source and free technology developed by Google in May 2017 for creating native Android and iOS apps with a single codebase. Flutter is based on Dart programming language and React Programming Architecture that supports Android Studio, Firebase APIs, inline videos & ads, and offers development of high-performance applications. It’s more like an SDK for applications designed for touch screen devices that work well with iOS and Android.

Flutter is not a framework, but it’s a complete SDK - Software Development Kit, which already contains everything you will need to build cross-platform applications. This includes a rendering engine, ready-made widgets, testing and integration APIs, and command-line tools.

Having various features and benefits Flutter offers, it’s one of the most popular Google software types available. Like all other technologies, Flutter also has both pros and cons.

Flutter has attained superiority in the market because it has mesmerized a large community of developers and other app owners. Let’s look at the advantages of getting in touch with the Flutter development company for developing a mobile application.

The best part of this feature - Hot Reload is the feature through which developers and designers can quickly identify all the changes and improvements that have been made to the code right away in the app.. That’s why Hot Reload strengthens a bond between developers and designers when they are looking for improvements on how the app looks and checks effect immediately. 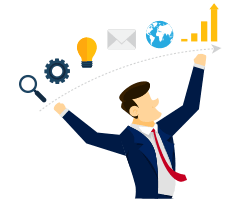 There’re many factors that impact the performance of an app, including CPU usage, frame number per second, request number per second, average response time, and many more. The rate of Flutter is 60fps, at which contemporary screens display a smooth and clear picture.

With this frame rate, a human eye can identify any lag. If you compare it with React Native and Xamarin, this framework is ahead with 220-millisecond launch time and 58fps.

Flutter offers hot reload functionality that allows you for instant updates without the need for plugins. A hot reload also allows you to view updates in real-time. If you face an error while running the code, the framework lets you fix it immediately and to carry on without having to restart it.

With hot reload, you can improve your productivity and it also allows for experimentation without lengthy delays and assists with fast iterations.

Flutter has ready-designed and custom widgets. These widgets are used to create an excellent app interface and its appearance. While many approaches could be utilized by different objects like controllers, views, and layout, this framework features a unified and consistent object model. Every object in this tool is a widget - fonts, color schemes, menus, buttons, and padding also. By combining the widgets to form layouts, you can utilize widgets on any customization level. The widgets of Flutter are consistent and have extensive capabilities.

Learning a Dart programming language is the easiest thing to learn. Many developers with little coding knowledge can develop prototypes and apps with the framework. The mobile app development experience will not weigh into this development.

Flutter has a high-performance rendering engine to render your app cross-platform without affecting UI changes. It uses skia for rendering and offers next-level cross-platform integration to help your user use the app seamlessly throughout any platform.

You will find many video lessons, documents, a starting guide, and practical lessons over the internet.

Likewise, Flutter has downfalls too. The Flutter technology is not matured at the moment, which means it still has a lot of room to grow, expand, and get better.

One big loophole that cannot be ignored is the large file size of apps developed in Flutter. Now for some cases, these file sizes could be a significant issue and cause a developer to choose an alternative tool for the development. As we can see and find a sufficient memory storage space on the phone and that does not happen everywhere in the world with most of the users. Many older devices are unable to store additional apps without users being forced to pick and choose between an app or photos/music on their device. However, this file size offers you improved runtime and performance so it’s not easy to understand the audience you are appealing to.

However, since Flutter is new for mobile app development, it’s not easy to find such free packages and libraries. The tool is still in the growing phase and improving. Hence, you will have to wait for this toll to use or choose an alternative for long-term development.

Flutter is developed by Google. This is why developers are worried about its implementation for iOS. Since Google is directly interested in fixing bugs in the shortest amount of time, building Android apps on Flutter is fast and enjoyable.

One of the latest updates in Flutter is a pixel-perfect iOS appearance. iPhone settings were created on the framework to enable the Cupertino widgets. But based on iOS 10 and iOS 11 features were updated later and released for a while.

Not many freshers will be able to develop an app using this language. So, this is an essential factor to keep in mind while developing a cross platform application.

Is Flutter Good For Development?

So, by identifying its advantages and disadvantages, we have concluded that Flutter has many more pros than cons for business and development teams. You can surely build beautiful, high-performance, and amazing cross platform mobile applications that fit your custom needs and requirements. It’s worth considering Flutter, especially if you want to develop both for iOS and Android. Because it is cost-effective to hire a flutter developer than hiring two native app developers (one for Android and one for iOS).

Know you understand, What is Flutter? So, what’s more than saving money and time. You can surely give it a try. For that, The One Technologies is the right choice as a cross platform mobile app development company. We develop outstanding mobile apps for your industry.