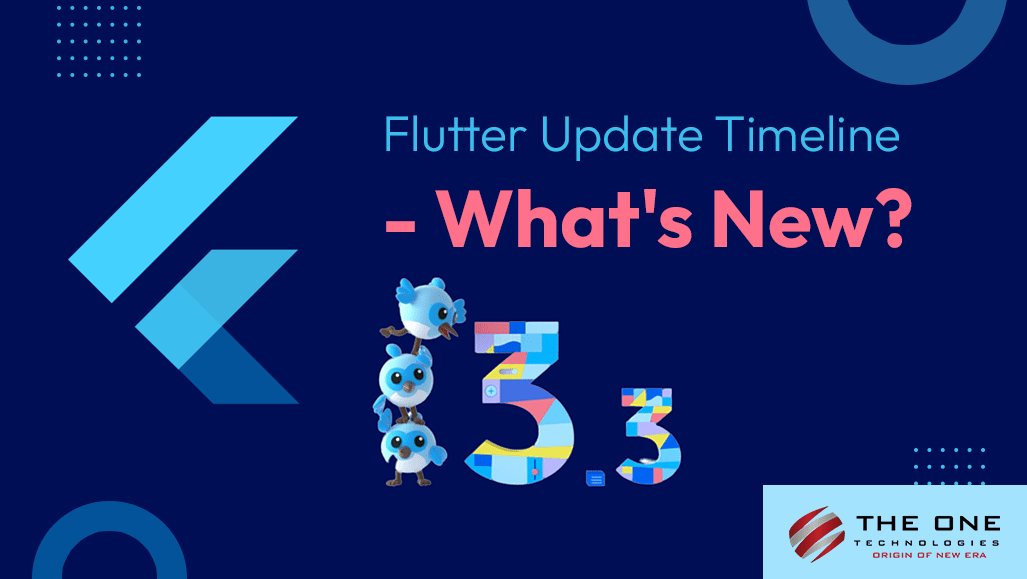 It has become increasingly common for Flutter apps to improve our daily lives, directly and indirectly. Naturally, more programmers are becoming interested in this development kit every day.

Flutter apps are probably already on your phone without you even knowing it. No matter how you used Flutter, whether you bought a product from Alibaba, advertised on Google Ads, paid using Google Pay, or even redeemed a coupon, it's likely you've seen its results.

Flutter is also used in Cryptograph, an app that tracks and observes the latest updates for more than 1600 cryptocurrencies, including Bitcoin, Ethereum, and Dogecoin.

Initially, Google designed Flutter open-source frameworks for building attractive, native-compliant, cross-platform apps based on a single code base. However, the apps we mentioned just now are only examples of Flutter in action.

Soon, you will learn more about the Flutter update timeline. In addition, we are unveiling exciting updates to the latest Flutter version under the “what’s new in Flutter?” section. Here's a quick look at Flutter and the latest highlights about its 3.3 version.

The great thing about Flutter is that it is not only an official Google product but a product that everyone can use. Here’s what this means.

Flutter is Google’s free and open-source framework for developing mobile, web, and desktop applications from a single code base. The benefits of open source are that everyone can contribute and play an important role by following practices such as the following.

Not surprisingly, the number of applications using Flutter and the size of its ecosystem both continue to grow. In fact, more than 1,000 new apps are released on Apple and Google Play daily using Flutter. There has been an increase in desktop and web usage as well.

Various research firms, including data.ai and public testimonials, show that Flutter is used by a wide range of customers in various industries.

For example, while Flutter isn't designed for heavy 3D action games, many of those games now use it in their user interfaces, such as mobile versions of popular games (like PUBG) with millions of players.

Unlike other well-known solutions, Flutter is an SDK - software development kit - rather than a framework or library. Here is a more detailed explanation of what a SDK really is.

What is a SDK?

A software development toolkit (SDK) is a set of tools and applications suppliers provide to developers. Developers use SDKs to create applications for specific platforms, software, or programming languages.

As a general rule, SDKs will facilitate the development of web and mobile app features using pre-built components. The kit includes the building blocks or tools required to complete a project, though the contents vary from manufacturer to manufacturer.

Ideally, an SDK should be easy to use, offer code examples, provide detailed instructions and guides, be compatible with other SDKs, and consume little RAM, CPU, or battery power.

The latest release of Flutter brings updates for the web and desktop, along with enhancements in functionality and many other improvements! Are you wondering what’s new in Flutter’s latest version 3.3?

Here is an overview of some of the newest Flutter features.

A Closer Look at Flutter 3

After Flutter 1.0 beta was released four years ago, the developer gradually built upon these foundations by adding:

Flutter 3 was released on May 11, 2022. The 3. version had many surprises for developers, from the late support for Apple Silicon chips and reliable macOS and Linux operating systems to new best practices for performance.

As a result of this major release, momentum continues to build. In fact, over 5,687 pull requests have been merged since Flutter 3's release.

Flutter 3 is available on six different platforms: iOS, Android, Web &amp; Mobile browsers, Windows, Mac, and Linux. In addition to supporting both Apple silicon and Intel, macOS is compatible with both chipsets.

The team has released an updated version of the go_router package to enhance Flutter’s proprietary navigation API, allowing developers to write routing logic for mobile, desktop, and web applications easier.

Once upon a time, it was up to you whether to create universal mobile apps or native mobile apps. Thankfully, Flutter, an open-source framework from Google, has changed all that.

The number of apps built with Flutter has surpassed 500,000 so far. There are over 25,000 packages in the Flutter package ecosystem, demonstrating its strength and versatility. Today, programmers have more choices when it comes to developing efficient mobile apps for different platforms, such as Flutter, React Native, or Xamarin.

We help you build production-quality apps by automating testing, software development, and various other technologies.