Introduction to ReactJS & Advantages of using it for Web Development 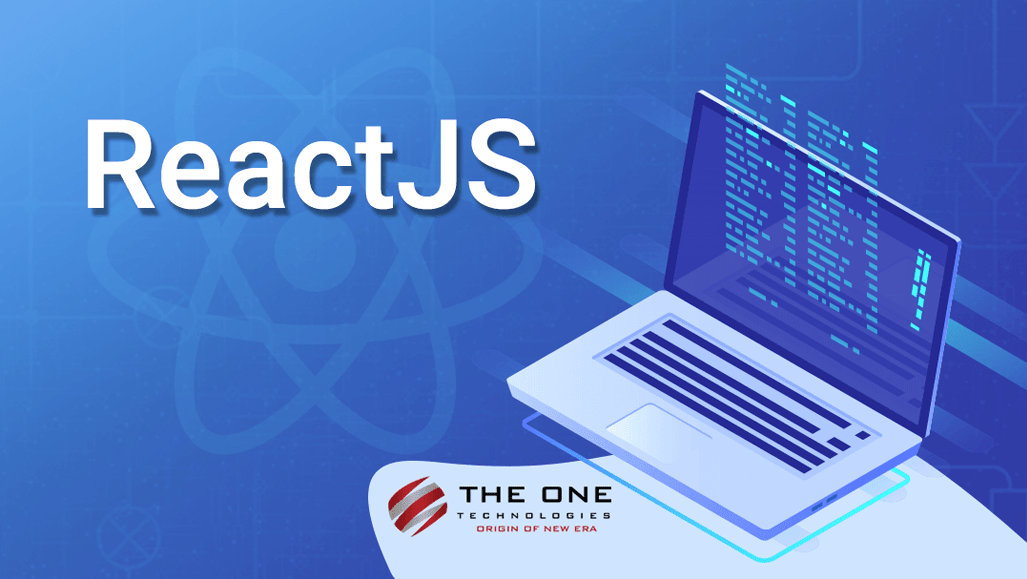 React is a declarative, efficient, and flexible JavaScript library for building user interfaces. React uses a declarative paradigm that makes it easier to reason about your application and aims to be both efficient and flexible. It designs simple views for each state in your application, and React will efficiently update and render just the right component when your data changes. The declarative view makes your code more predictable and easier to debug.

React is used to build single-page web applications, along with many other libraries and frameworks that were available before React came into life.

As a ReactJS Development Company, we have been using this ReactJS platform to develop seamless applications for our customers. Let’s go ahead and let you know what exactly is ReactJS.

ReactJS is a Javascript library for building User Interfaces. It was initially created by Jordan Walke on Facebook. The first time it was used in 2011 to display the news feed then it is used in thousands and thousands of different apps and websites, including Facebook, Instagram, and even Battlefield game series.

ReactJS is an open-source, component-based front-end library responsible only for the view layer of the application. ReactJS is a Javascript library for building User Interfaces.

Since many big companies and brand owners are already using ReactJs, the library must have plenty of things to offer. As a professional ReactJS Development Company, we are also suggesting our clients to leverage ReactJS for their projects and take advantage of it.

Let us give you some of the advantages of using ReactJs for your upcoming project.

ReactJS speeds up the development process. It allows developers to utilize individual components of an application on both client-side and the server-side.

Sometimes, the projects for mobile app and web development companies are bulky and not easy to fix or enhance.

As compared to other front-end libraries and frameworks, the code of ReactJS is easy to understand and update due to its modular structure. Moreover, apps built with ReactJS are extremely flexible and can be scaled easily. This flexibility saves a huge amount of developers’ time and money in the long run.

With ReactJS, the complex UI is broken down into smaller, reusable components that you can reuse to build another application having the same functionality.

The reusability of components saves yours and your client’s time as well. To be more specific, you can build Android, iOS and web applications at the same time.

ReactJs is built with high performance in mind. The core features of the library such as server-side rendering and virtual DOM increase the speed of complex applications. Moreover, it also eliminates the usage of code-heavy frameworks and libraries such as jQuery, which makes large-scale apps run extremely fast.

ReactJS library supports a wide range of codebases and can be mixed into any existing infrastructure without shutting down the system.

Why ReactJS with Asp.Net Core?

We can use React with Asp.Net Core by enabling JavaScript services. So that we can use Server Side Rendering. Using an SSR page loads faster as a browser doesn’t need to download scripts, compile, etc. ASP.Net Core Development offers a perfect combination of web development models which comprise all the required services to build robust enterprise web applications. Even though web developers have various choices while selecting a framework, ASP.NET MVC tops the list. It is the framework of choice for most web developers. Though ASP.NET Core has been in existence for over a decade now, we have seen a wide range of developments.

What Can We Do in ReactJS?

React Native is based on ReactJS. You can develop a cross-platform (iOS, Android) mobile application using it. It uses the same fundamental UI building block as in Android and iOS. We can embed native Android, iOS code also. As we can develop both Android and iOS using the same codebase, it saves development time, cost and resources. A developer can directly push updates to the user’s phone.

We can build Single Page Applications. Applications developed using ReactJS performance is better as it uses virtual DOM. By default, React DOM escapes any values embedded in JSX before rendering them. Thus it ensures that you can never inject anything that’s not explicitly written in your application. Everything is converted to a string before being rendered. This helps prevent XSS (cross-site-scripting) attacks.

The fact that ReactJS supports component reusability offers developers various benefits. You will have to put in less effort while developing apps as it is reusable for other applications. The accuracy and speed of app development also improve.

Whether you are an experienced app developer or a fresher, the ReactJS is one of the best frameworks to choose when you are planning to develop the app using a single page. It helps you develop an application speedily and make it user-friendly.

As a renowned ReactJS Development Company, The One Technologies has been developing ReactJs web and mobile applications for clients for the last decade. Our experienced ReactJS developers have proven experienced in delivering smarter and faster apps for your business. If you too are looking to develop a single page application for your industry, Hire ReactJS Developers from us to generate the highest ROI.