Why is Java Considered as The Main Programming Language For Enterprise Development? 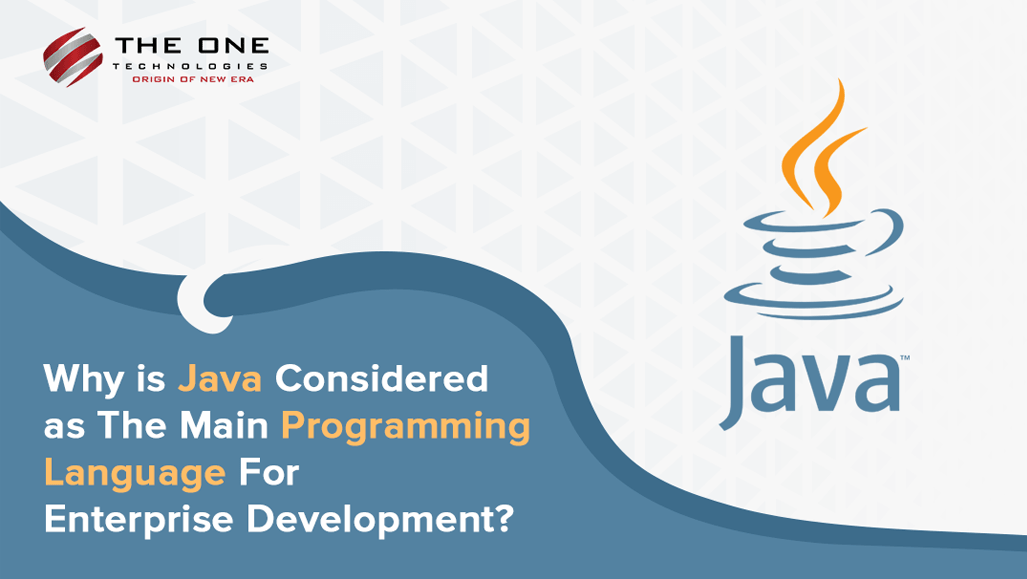 6 Reasons Why is Java Suitable For Building Enterprise Applications

Let’s give you some reasons why Java makes the first and finest choice for building enterprise applications for developers.

Java was unveiled in the early 90s when the whole enterprise development actually overtook others. However, it was an improvised version of C++. Moreover, there are many more languages which could be, probably, equal or even better than Java, but the fact that Java has been a language of enterprise development for years works as a strong argument. Thus, Java is considered as the default programming language for the majority of enterprises offering flexible integration and independent code.

Libraries help you achieve many things (features) for any enterprise solution. Hence, Java offers and supports millions of libraries and codes to developers. Java is preferred to be the most suitable language by enterprises as it helps you solve the most common problems faced while developing enterprise applications.

If you are choosing a programming language, it must be efficient to give a powerful performance and manage enterprise-scale workloads, in order to make a successful development. As compared to other languages, Java is the prominent language that stands up to that every enterprise would be seeking for.

Java appears to be an all-round universal solution for every enterprise. So, it’s the fact that libraries are the basic structural units of any enterprise solution. You will find many loopholes in other programming languages, whereas, Java is able to tick the box on an issue way quicker and better.

With the existence of JVM - Java Virtual Machine, the applications written in Java are supported by platforms like Mac OS, Windows, and Unix. With a modern processor, it can run on any devices seamlessly. JVM is optimized to be used on huge multi-core machines so it could manage hundreds of them at once. Just because of this, other programming languages, cross compilers, and emulators have appeared there. Many hardware devices support this programming language. Thus, any small business can implement it into their business processes.

Apart from this, in the current time, many banks, retailers, manufacturers, insurance companies use Java for their app development. It's quite easy to understand and scalable language for both web and mobile application development as the Android platform is driven by Java. In fact, many renowned websites like Google, Amazon, Facebook, Twitter and others use Java as one of the back-end languages.

Security is a major factor for every organization. They always opt for that language which provides tight security. By choosing the Java app development, an enterprise can be relieved as it offers advanced security features that protect data and applications. With every new update, Java gets better.

For example, Java 9 has some exciting features from the security perspective. It allows us to have data exchange between client and server over secure protocols.

The simplicity of Java is what attracts enterprises. It’s very easy and flexible to code in Java, while it also renders an easily understandable user interface for applications. Since the Java code is reusable, developers or organizations can reuse them for creating other software applications as well. Hence, codes are easy to maintain which means we can easily maintain Java applications. And also, developers can easily create a new application.

Looking at these benefits and many other features, Java definitely emerges as a smart choice for business applications in the eye of enterprises. At the same time, choosing the suitable and right language may leave your half worry aside.

As a renowned custom software development company, we will provide you the best custom enterprise development solution with competitive advantages. Get in touch with us today!

If you find this blog useful and are curious to know more about custom software development, please go through the below-mentioned blogs.