Node.js vs. React.js Comparison: Which to Choose for your JavaScript App Development? 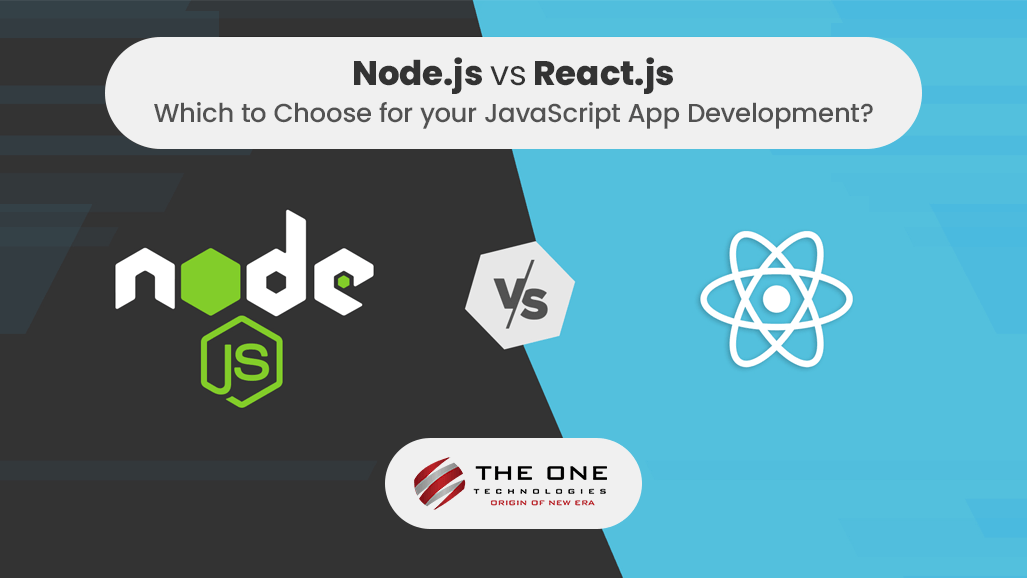 Yet, both have their cons and pros and unique use cases for mobile app development.

In this article, you will find the introduction of React JS and Node JS, their features, example for the app development and its difference.

Based on a detailed discussion on both the technologies, you can find the one you should use for your next software development.

Node.js is one such framework that helps develop the back-end of applications with JavaScript. As per Google Chrome's V8 JavaScript engine powers, Node.js is more useful and lightweight. Developers highly use it for event-driven and non-blocking I/O models. Specially to host APIs, access the database, and serve HTTP requests, developers use the Node.js framework.

Node.js is used by the majority of companies and has multiple famous clients, such as Netflix, NASA, Trello, PayPal, LinkedIn, Walmart, Uber, Twitter, Yahoo, eBay, GoDaddy, and more. Here we have who and why Node.js has evolved its framework of choice.

If we talk about Netflix, they went through A/B testing to offer a reach experience to 93 million users. And meanwhile, they faced some issues of conditional dependencies and app scalability.

Here comes the role of Node.js to crack these issues; the company has chosen Node.js to offer fast speed and effective usage. As a result, Netflix has reduced startup time by 70%.

Most prominent features of Node.js: 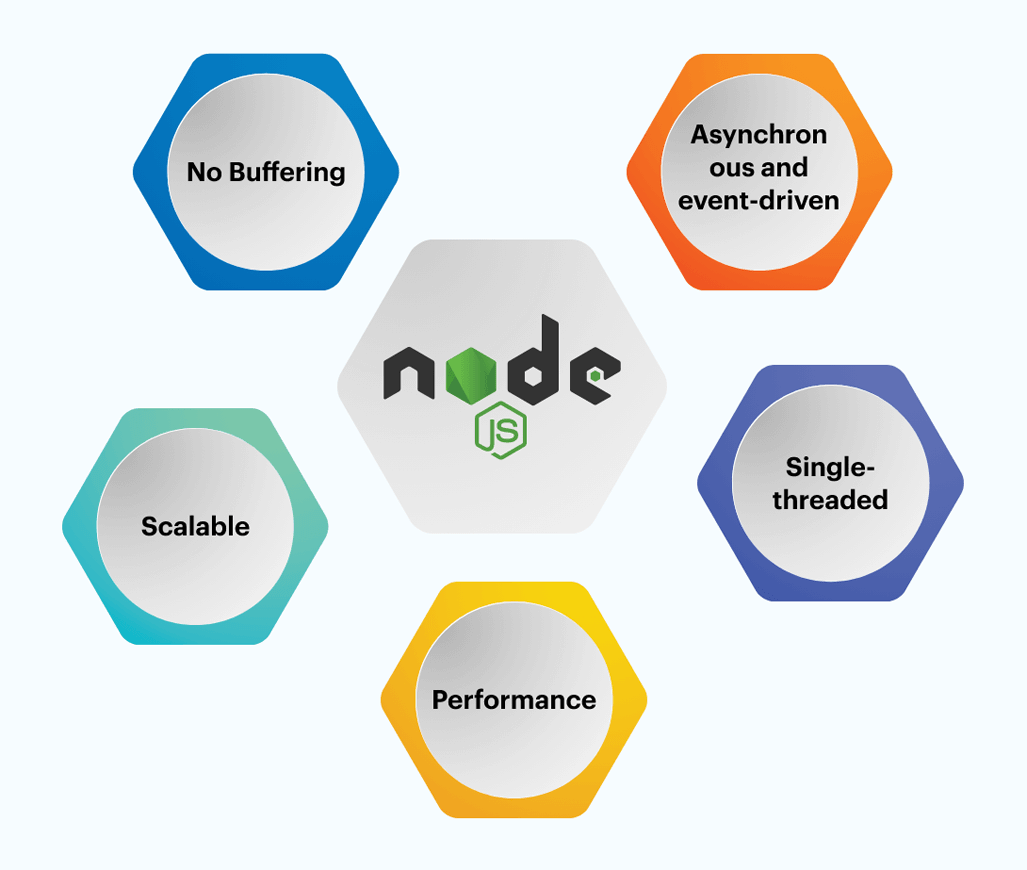 "As per the study and Node.js User Survey Report, most of 49.9% developers used Node.js and created it as most used frameworks, libraries, and tools in 2019.” 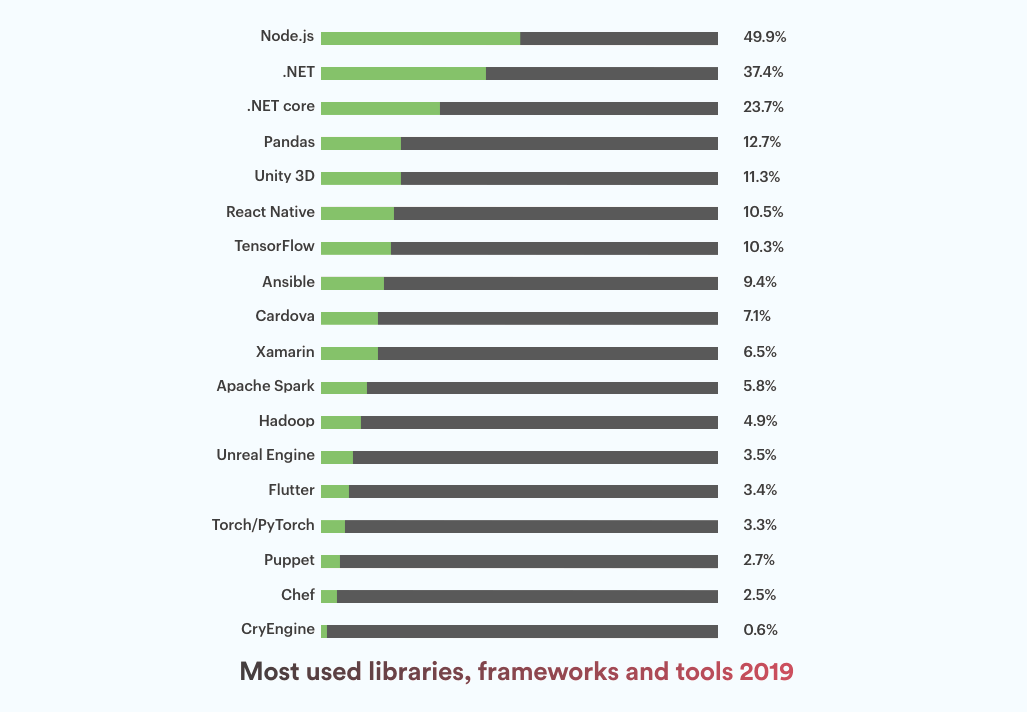 What exactly is React.js?

React.js is another famous technology that is open-source code library. It is highly used to design the user interfaces or front-end web applications.

React.js can improve the speed and offer a dependable platform to serve the front-end. Also, React.js is developed by Facebook and has been enhanced for better performance.

Who are the people using React.js?

Facebook, a known app that has allowed companies of all sorts, from content-driven websites like the New York times and Twitter as social media apps. It has served the best User Interface with the help of React.js.

Most prominent features of React.js: 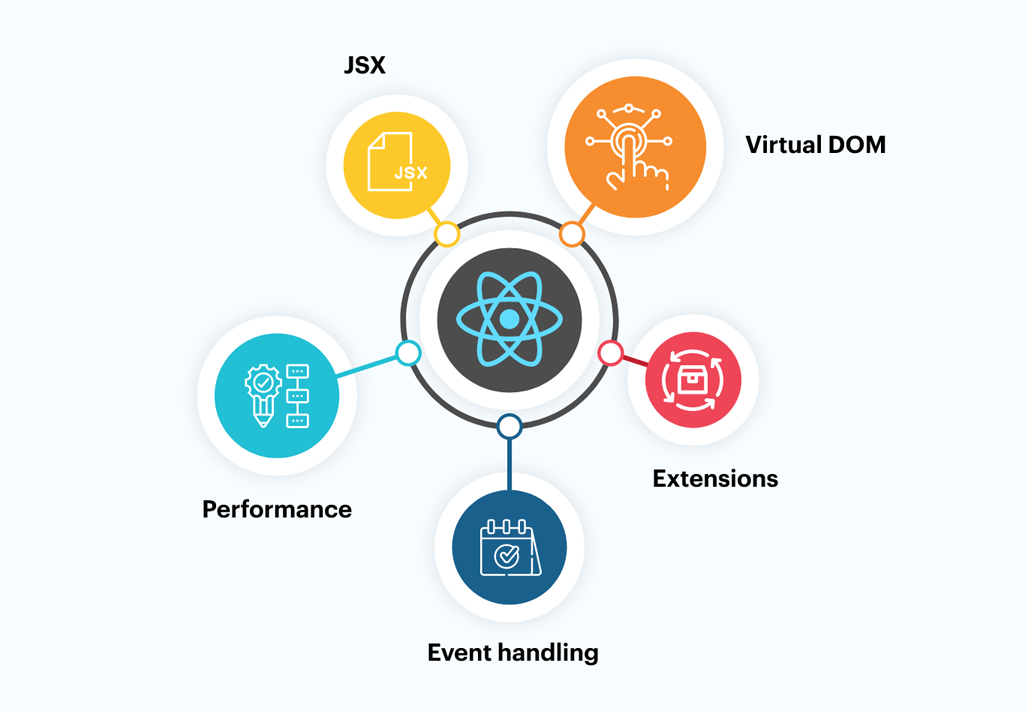 Is ReactJS a framework?

React is known for its functionality and multiple User Interface benefits. It also helps in modularity and separations of concerns as the benefits. But it is essential to know that React.js is not a framework.

React, which is also learned as React.js or ReactJS, is an open source and free JavaScript library. It is highly used for developing user interfaces or UI components for any app. React allows you to reuse its elements multiple times in a single web application.

Difference between Node.js and ReactJS are as follows

The favor of both Node.js and React.js is unquestioned as we see there are pros of both technologies. Both of these frameworks work best for software development as both have huge communities backing them up. If you are looking for an IT outsourcing company in India for your app development, we will help you choose the right framework for your project. 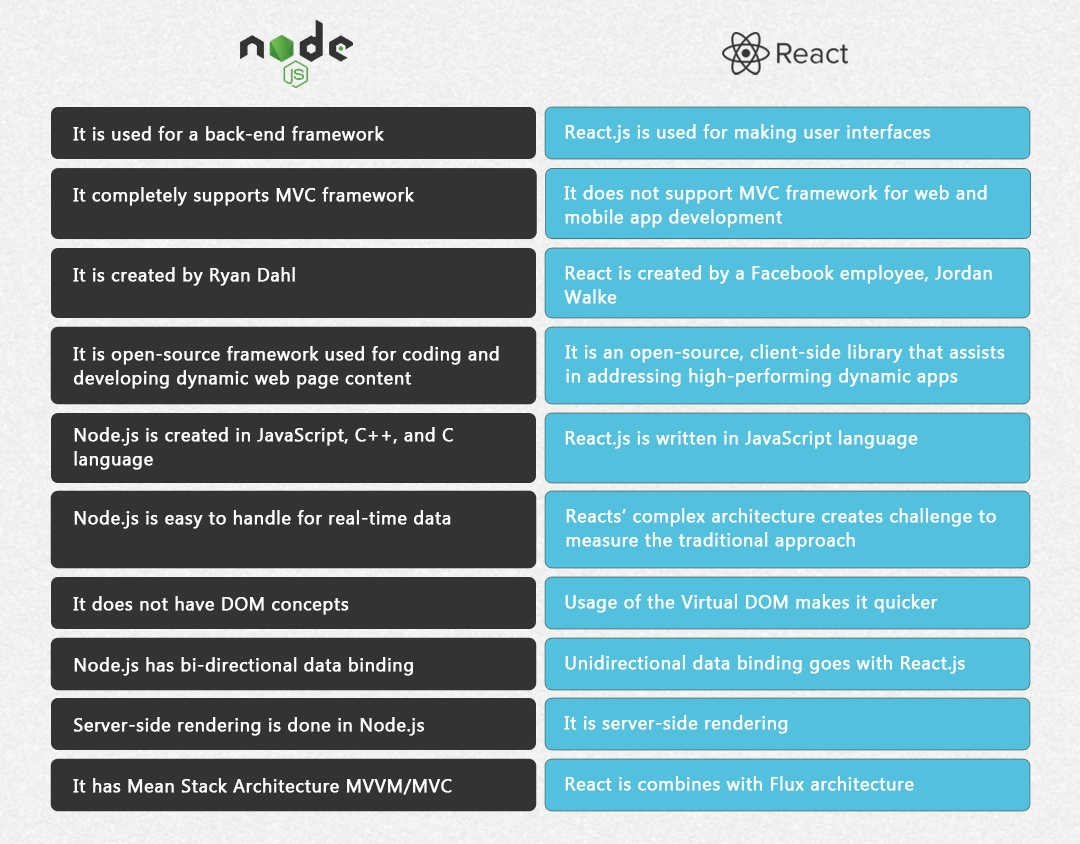 Here are some key takeaways:

You can make the front-end of the software app development with React and the back-end with Node js, as Netflix accomplished.