SmtpClient in .net 2.0 does not close connection to mail server 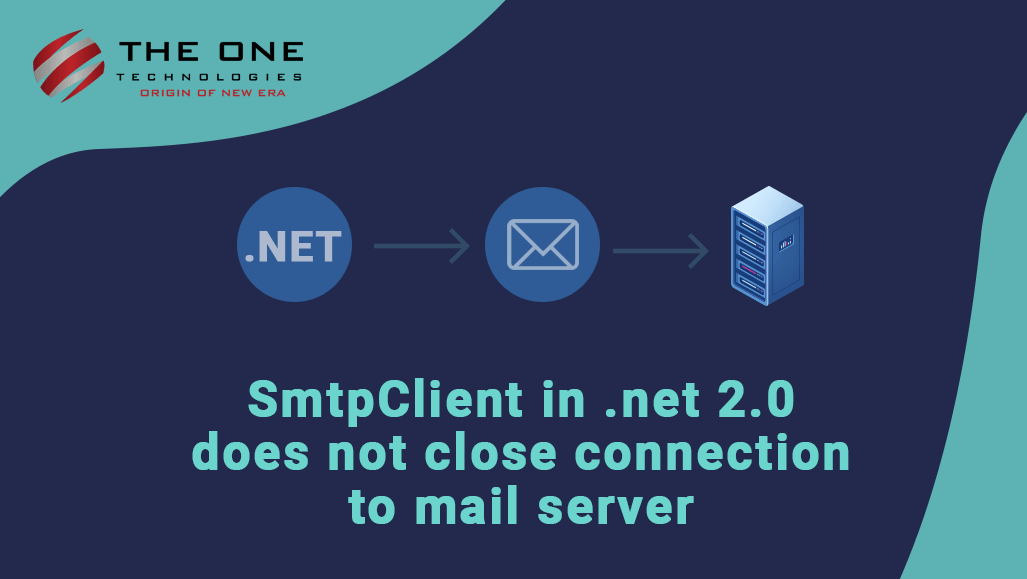 As per the SMTP protocol once the communication is done by the client(asp.net web, windows application or any other client app) with email server, it has to send QUIT command in the end to close the connection with Mail Server.

SmtpClient in .net framework 2.0 doesn’t have dispose method which can release connection with Mail server and free up any resources used. That means if your application is sending too many emails using smtpclient.send function, it oftens reach to maximum number of allowed connections with mail server and results in one of the following exceptions:

Service not available, closing transmission channel. The server response was: #4.x.2 Too many messages for this session

System.Net.WebException: Unable to connect to the remote server

Good news is that, the .Net 4.0 now supports dispose method in SmtpClient class. according to MSDN: It sends a QUIT command to the SMTP server, and gracefully ends the TCP connection to releases all resources used by the current instance of the SmtpClient class.