Top 5 Things You Should Know About .NET 5 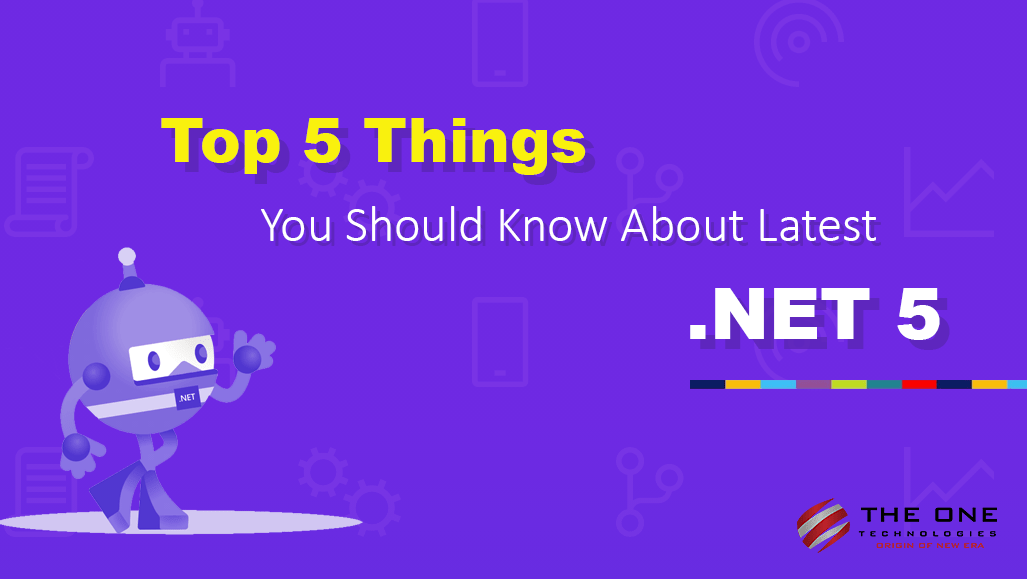 If you are a .NET developer and have developed apps in the .NET framework, you should know how the .NET 5 would impact your existing enterprise applications. More precisely, there will be only one .NET to target macOS, Windows, Linux, iOS, and Android, and more.

Note: LTS is an acronym for Long Term Support. LTS releases are supported for three years after the initial release.

NET 5 is the successor to .NET Core 3.1 and .NET Framework 4.8. It has been a few months that .NET 5 has taken its spot in the field of web development. Somehow it has brought some new experiences to .NET developers with cross platform app development. It puts order to the .NET universe fragmentation that has been arising over the years and brings new amazing features. Additionally, there are new .NET APIs, language features, and runtime capabilities, which you can find with this .NET framework.

The project aims to enhance the framework in several ways, such as:

The look and feel of the code and project files in .NET 5 would be the same, regardless of the type of application being developed.

A New .NET for a New World

.NET Core was developed for the cross platform from early in its life and intended to support new, cloud-first mobile applications as well as traditional .NET development patterns and practices. It picked up more and more APIs through three major releases, and when the .NET Standard libraries began to offer a common target for code that made it easier to share projects across the .NET Framework and Xamarin.

However, in this article, an ASP NET Core Development Company should focus on just the top 5 things to have a clear understanding of what’s going on in the web development industry. 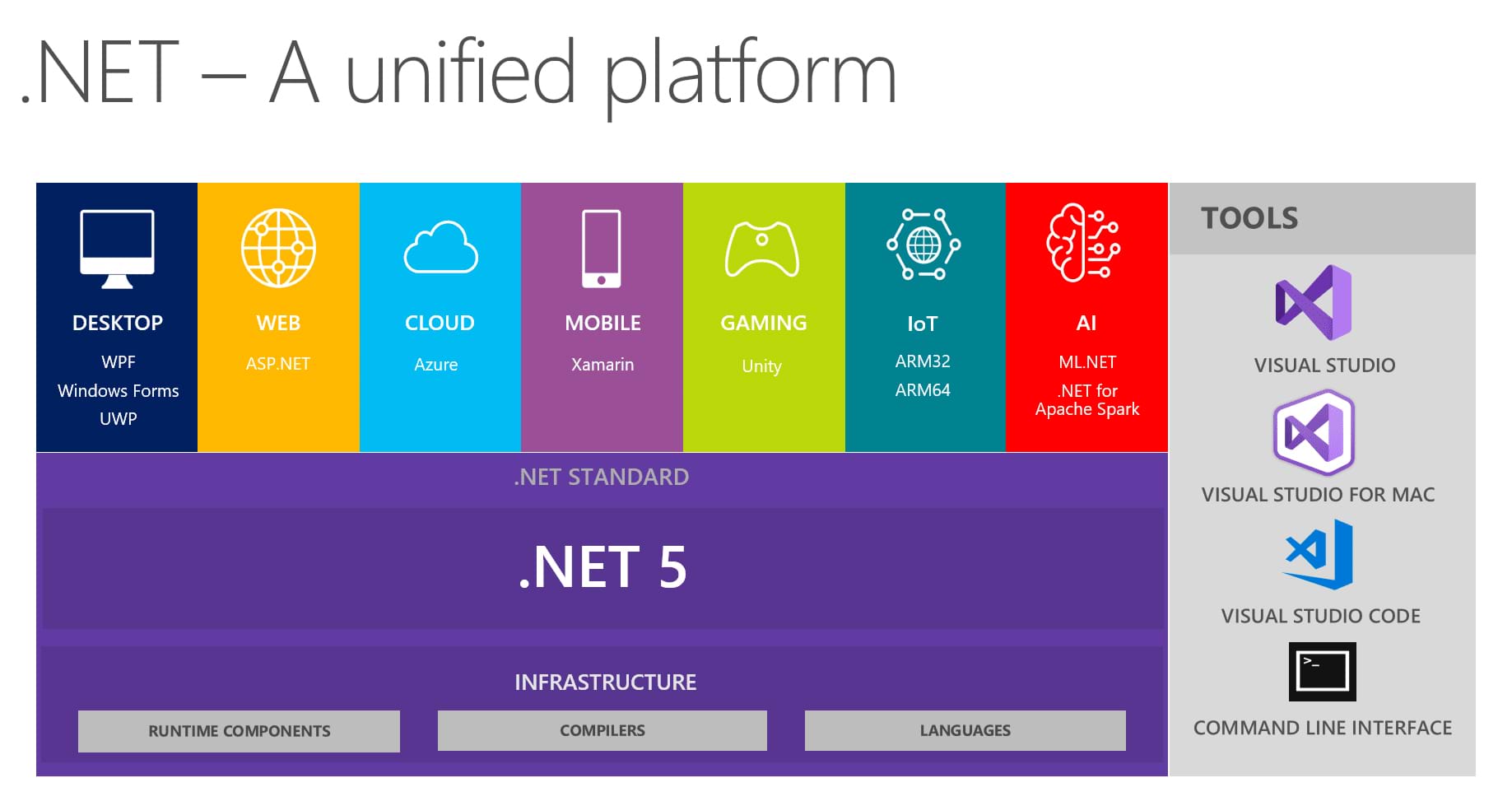 The first thing you have to know about .NET 5 is that it offers a unified version of the .NET world. If you have been working on .NET for many years, you must be familiar with various versions of .NET such as .NET Framework, .NET Standard, Mono, and so on. .NET 5 is the collective version of all these flavors which eases the life of developers.

.NET 5 offers a common set of API to align the runtime of various applications. It’s identified by .NET 5.0 TFM (Target Framework Moniker). TFM comes up with a token through for developers which they can specify a target framework. Therefore, an application can run seamlessly on any specified platform supporting .NET 5. Using the .NET 5 platform, developers can develop applications for any certain platform. This proves that .NET 5 was developed while keeping cross-compatibility in mind.

While this .NET 5 offers a unified platform, the initial plan changed because of COVID-19. In fact, .NET 5 sets the foundations of the unification, but it will be completed with .NET 6 in November 2021. With that release, you will get the stable release of the new Universal UI and support for the specific TFMs for Android (net6.0-android), and iOS (net6.0-ios), for example.

Top-level statements allow developers to write only those coding lines that are essential for limited console programs, utilities by using C#, which is capable of supporting a scripting-based approach.

Using the .NET 5 framework, developers can declare immutable reference types. Suppose, you are defining those class-based types that can’t be altered after their creation.

For example, System.String class is a built-in immutable reference type. Once you create an instance of System.String, you can’t change its value anymore.

Another update of C#9 is known as ‘init accessor’. It enables developers to define properties that can only be initialized. 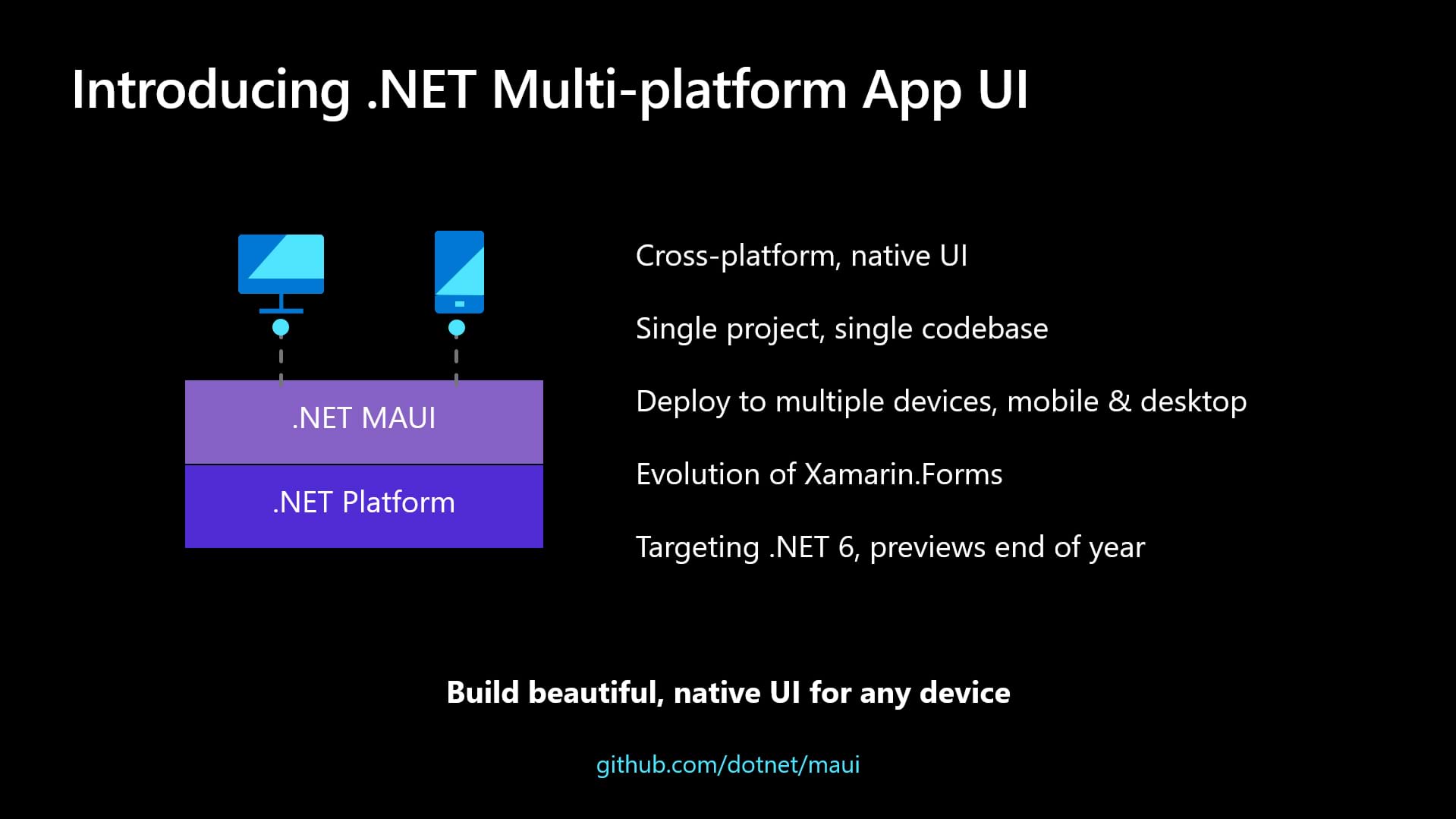 The universal UI is known as .NET MAUI. Using .NET 5, developers can now develop interfaces for all types of platforms including iOS, Android, Windows in a single project.

.NET MAUI can be considered an evolution of Xamarin.Forms, the open-source framework for developing iOS and Android apps using a single .NET codebase. But it’s a universal model for designing UIs for both mobile and desktop applications.

It also supports the following patterns:

MVU is a one-way data flow pattern inspired by the Elm Programming language architecture that provides an effective way to manage UI updates and application state.

The fourth thing about .NET 5 is the support of single-file applications. This means, now developers can publish or deploy applications and its dependencies as a single file. The dependencies are bundled into one file.

This feature is different from .NET 3.1 single-file applications, where it was allowed to package binaries only. It offers a new internal structure, which supports direct execution while carrying no pressure on performance.

The main objective of this .NET 5 is to develop a version that can support cross platform programming versions. That means some technologies are no longer supported.

Let’s take a look at the features which were present in the previous version.

For a very long time, ASP.NET Web Forms has been the main technology to develop dynamic web UIs. However, .NET 5 is no longer supporting Web Forms. But there are some of its alternatives like Razor Pages to build traditional web applications and Blazor to build single-page applications.

WCF, the traditional communication framework for Windows, is no longer supported. Well, this is a bit shocking for the developers that have used it to develop their service-driven applications. But .NET 5 is now offering gRPC migration instead of WCF.

If you wish to prepare a smooth transition, you can try the CoreWCF open-source project.

Windows Workflow Foundation - WWF is not included in .NET 5. Officially, there is no replacement for this technology. However, a developer can try CoreWF - an open-source project to move existing workflows on .NET 5 or to create new ones.

By now, you might have got a clear understanding of .NET 5 and how it will impact your existing .NET applications. The main goal of this .NET 5 was to make .NET development simpler, but also richer in every sense. Microsoft is bringing more power and functionalities to its product by adapting the latest tools and technologies. All new C# versions will also be part of .NET 5.

This will make life easier for every developer. .NET 5 is the one and only to rule them all. This is just a step in a transition to the new .NET. However, there will be people who’ll go through a bit of difficulty in this transition. As a renowned NET Core Development company, we can make the necessary migration for your project and prepare for the new era of .NET development.

If you find this blog useful and are curious to know more about asp.net web development, please go through the below-mentioned blogs.