Top IoT Tools and Platforms for IoT Development and Developers 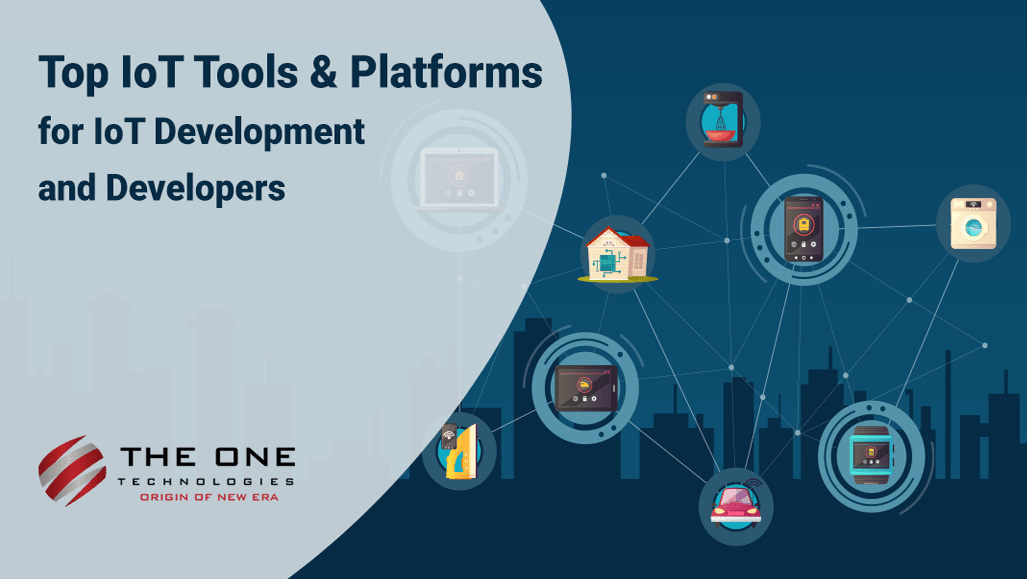 Internet of Things (IoT) is the new buzzword in the technology area that is doing the rounds in the internet-driven space. It’s one of the fastest-growing industries. IoT is an emerging technology that connects billions of smart devices and sensors to the internet in an efficient, secure, and convenient way.

Having a report study, in 2015, there were 15.41 billion IoT connected devices which have now increased to 26.66 billion and are expected to surpass 75 billion devices by 2025. Healthcare, business or corporate and manufacturing industries are ahead in utilizing IoT technology.

Thus, many IoT developers are ruling the industry by exploring their hands with IoT devices and applications for various organizations. The One Technologies is an offshore IoT app development company that provides end-to-end Internet of Things app development services at affordable prices.

Here are the top-class IoT tools and platforms for IoT developers and development.

Eclipse IoT is an open-source platform that allows IoT developers and IoT development companies to develop applications in Java. With the help of Eclipse IoT, you can build IoT Devices, Cloud Platforms, and Gateways. This tool focuses on the development, adoption, and promotion of open-source IoT technologies.

Node-RED is a simple and open-source visualization tool built on Node.JS which is used to connect the devices, services, and APIs together for the Internet of Things. Node-RED is a user-friendly interface, developed by IBM’s Emerging Technology department, allowing you to connect, hardware, an API or an online service with tight integration. It helps you connect the devices easily and quickly. It helps deal with the flow of the data, integrates with APIs, services and any devices.

Tessel 2 is a robust IoT platform that is used to build basic IoT solutions and prototypes. It integrates additional sensors and modules. This board has a capacity to hold up to a dozen modules including RFID, GPS, camera, and accelerometer.

This Tessel is very easier for those developers who are familiar with Node.JS programming. This way, Tessel can be used to host several servers and hardware firmware IoT solutions. You can leverage all the libraries of Node.JS to unveil a host of devices in minutes with Tessel.

Arduino is an open-source prototyping platform offering both IoT hardware and software. Arduino is a hardware specification that can be applied to interactive electronics and a set of software which includes the Integrate Development Environment (IDE) and the Arduino programming language. It’s one of the most preferable IDEs in all IoT development tools which is easy and simple to use.

Arduino can be your first choice if you are planning to build a computer that can sense and control more of the physical world when compared to your normal stand-alone computing device.

Kinoma Create is a device that allows establishing a connection between two devices without having too high programming knowledge in JavaScript. Kinoma Create consists of many features that are required for developing small IoT applications like connecting light, temperature or movement sensors for a specific purpose with mobile notifications in case of any alterations.

Kinoma Create has some fundamental components which are as follows:

Based on Data Art’s AllJyone, Device Hive is a free open-source Machine to Machine (M2M) communication framework. Launched in 2012, it’s considered as one of the most preferred platforms for IoT app development. Since Device Hive is a cloud-based API, you can control remotely without having network configuration. A similar thing applies to the libraries, portals and management protocols.

Home Assistant is an open-source tool that is used for home automation and functions with a Python-based coding system. Mobile or desktop browser can easily have their control on the IoT system developed with this tool. It’s very easy to set up and is trusted for operations, security, and privacy. The software supports any systems which are running on Python 3.

ThingWorx is an emerging IoT platform that is designed to accelerate digital transformation in manufacturing and offers solutions with cost-effective, reduced risk and reduced development time. It provides flexibility to access data and IoT from on-premise, off-premise or cloud, and hybrid environments.

It gives flexibility and scalability for future developments and upgrades. Thus, helps in managing the development lifecycle for IoT applications.

Cloud-based Watson by IBM is one of the leaders in the IoT development system which collects data from devices, equipment and machines and processes it in real-time to derive value and find out the understanding for better business decisions. IBM claims to have developed a strong analytical solution for cognitive analytics in IoT.

The platform provides add-ons services such as analytics, artificial intelligence, and blockchain services.

Samsung has launched its IoT development platform solution named Artik Cloud. It provides a wide range of modules to rapidly connect devices to the cloud and start gathering data. Artik Cloud has a set of connectors that can be used to connect to third-party services. With this platform, we can store data coming from connected devices and aggregate this information.

Artik Cloud simplifies the development process by providing an SDK and a set of APIs that are ready to use.

One of the top features of Artik modules is a miniaturized solution for multiple applications.

There are billions of new smart devices and sensors which will be connected to the internet in the coming years. The IoT development services has the capability to connect various devices together which can make human lives much easier. This could be used in various applications for industries, smart cities, home automation, smart farming, logistics, supply chain management, medicine & healthcare, industries etc...