Top ReactJS Development Tools To Optimize Your Performance in 2021 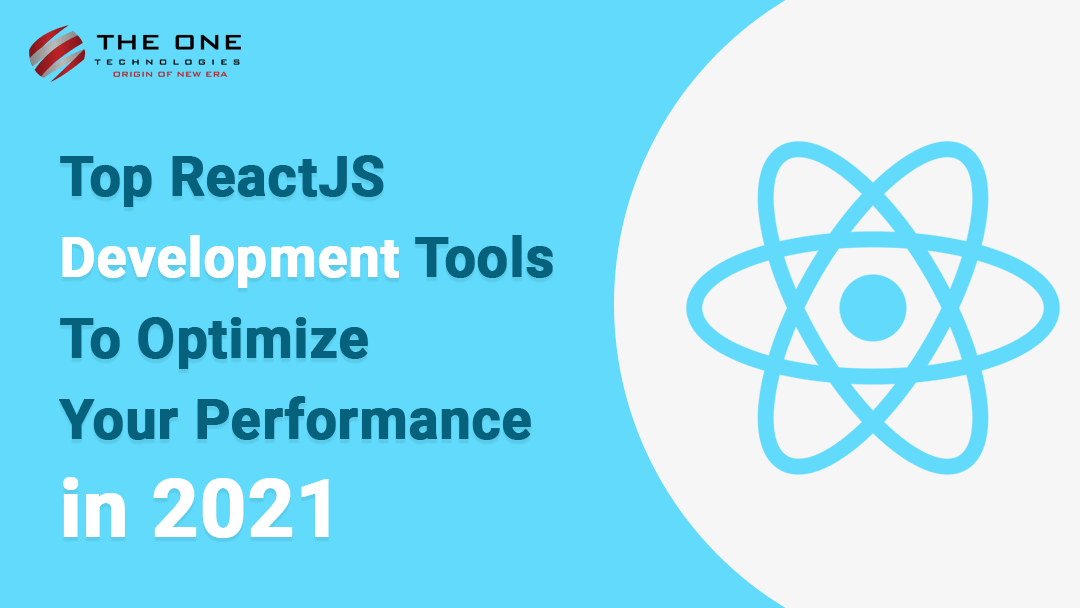 When it comes to smooth and seamless web development performance, many front end developers go with ReactJS development services. As it offers excellent features and user interface designs. Though ReactJS is a front end JavaScript library. Adding ReactJS library doesn’t provide you enough reasons to use it in your applications. It may lead to bugs, errors, lags, and reusability problems as a developer you will never want to use mediocre codes over and over again.

In this scenario, using ReactJS development services, you can develop faster and reliable apps. Developers can easily manage the code issues. Although, since its virtual DOM is famous for effectively rendering components, it’s still possible to have performance issues in medium to large web applications.

In this article, we will let you know how you can optimize your ReactJS application performance along with sharing few tools and best practices. What you have to do is to hire ReactJS developers from the renowned ReactJS development company.

Moreover, you will also learn how a few JavaScript best practices also help in making your React web app deliver a much more fluent user experience.

How Does ReactJS Work?

Before proceeding further, we need to understand how React works.

Well, ReactJS is a JavaScript-based library offering Virtual DOM to developers. Using ReactJS, you can create an effective hierarchy of UI functions. Hence, it will help you deliver an excellent user experience.

React uses a tree-like structure for UI components. Therefore, each component has functions rendered to users. React keeps track of each user’s request and interaction with the system. So, if you make any changes in the new UI, then it compares them with the old UI and re-renders the UI with changes that are needed despite the whole UI.

React provides faster development with the help of virtual DOM. Therefore, many companies and big organizations are choosing ReactJS development services over others.

Here is how React works:

Having said, each React application starts with a root component. It consists of many components in a tree formation.

Components in React are “functions” that render the UI based on the data it receives.

We can symbolize this as F.

Here, users interact with the UI and cause the data to change. Whether the interaction involves clicking a button, tapping on an image, dragging list items around, AJAX requests invoking APIs, etc., all those interactions only change the data. They never cause the UI to change directly.

Here, the data defines the state of web applications. Even bits of front end states are part of this data.

So, if you do any changes in this data, React leverages the component functions to re-render the UI virtually.

React computes the difference between the existing UI and the new UI by applying a comparison algorithm on the two versions of its virtual DOM.

Now, React proceeds to apply the UI changes to the real UI on the browser.

When the component associated data gets changed, React determines if an actual DOM update is needed. In this way, React avoids potentially expensive DOM manipulation operations in the browser, such as creating DOM nodes.

With JavaScript, you can modify the state of variables. These variables are the basis for programming functions. When the React component renders the same output on every state of variables, it’s considerably pure. Therefore, ReactJS comes with a class of components and this is known as React.PureComponents.

Immutable data is not an architecture or design pattern. It’s an opinionated way of developing code. This way, you can think about how you structure your application data flow.

In short, data immutability is a practice that revolves around a strict unidirectional data flow.

Immutable data can be applied to the design of front-end apps. You can get many benefits like:

When it comes to React, we maintain the internal state of components, and changes to the state can cause the component to re-render.

React builds and maintains an internal representation of the rendered Virtual DOM. When there are some changes in props and states of components, React compares the old UI with the new UI. And when they are not equal, React will update the DOM.

With React.Fragments, you can group a list of children without adding an extra node.

But wait! You can do more with its alternate and more concise syntax using React.fragments:

ReactJS allows the developer to use JSX elements like values. Hence, they can use inline and constant elements. By reducing the calls to React.createClass, you can scale your values. Also, You can use the React inline elements to convert JSX components into object literals.

To leverage the above functionality, you need to configure the following code in package.json.

Lazy loading is one of the most preferred techniques to optimize your React applications.

Here, let’s give you an example of an eCommerce application. In this app, you want your users to see a payment option when requested by them. However, you can even render images or videos only when they send a request for them. It’s an appropriate way to speed up your apps.

Hence, developers can easily load essential components of the app on the request of users using React.Lazy. It can reduce the loading time of applications. It uses a callback function parameter. Now, the component file is loaded with an import() syntax.

Here, you can use the code for Lazy loading.

Sometimes when a user sends a request for an image or video or any other component, occurs a time lag. But with React.Suspense, you can represent feedback to users that there will be a time lag.

Since the screen freezes during the lag, it lets users know what’s coming and can ensure user engagement.

Here, you can use the code for React.Suspense.

So, if you are developing a ReactJS app, without the help of a professional ReactJS development company can be an error to regret. To craft and deliver a feature-rich customer experience, you need to push it a bit harder. You can find many components, states, props, and other codes that can run on the app easily. But they can slow down your app and force it down to crash.

So, if you wish to track all the updates, unnecessary codes, variables, and components, then choose the suitable and perfect optimization tools for your ReactJS app development. These tools can certainly help your app perform faster and boost your business.

If you are looking to optimize your ReactJS app, then feel free to hire ReactJS developers from The One Technologies. Don’t forget to share your views in the comment section.