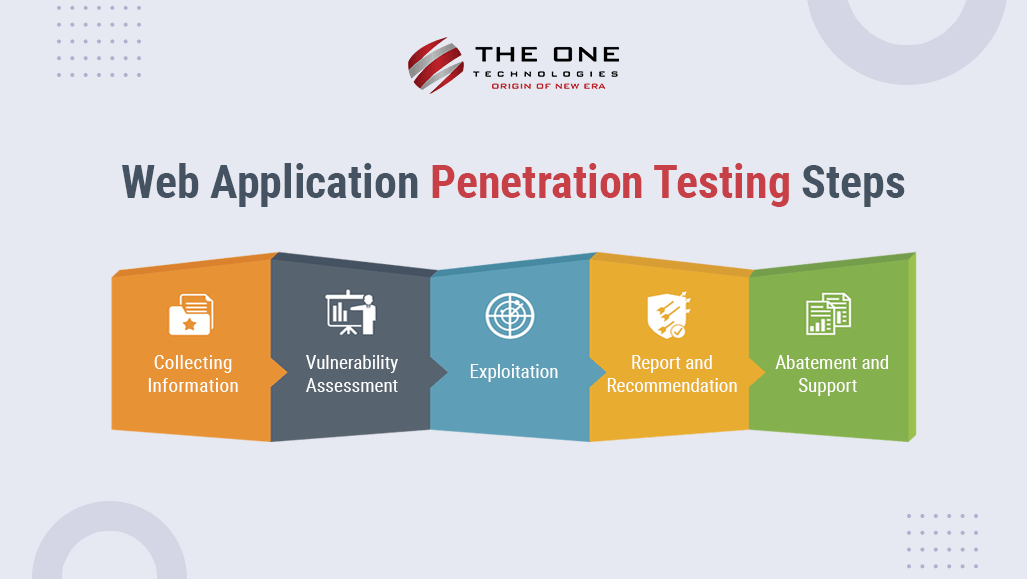 In recent years, web applications have become more widespread than ever. Naturally, more and more developers and users are becoming worried about the data buried in these web apps.

But don’t worry. There is a highly methodological process specially designed to address this issue: web application penetration testing.

Penetration tests simulate a malicious attack on your computer system to find weaknesses that can be exploited. Soon, you’ll learn more about this test and its process.

What is web app penetration testing?

Before getting into why web app developers need web application penetration testing for a safe launch of your web app and how it is performed, let’s see what it is actually.

Through its various steps, penetration testing aims to examine the target system and identify the weaknesses and vulnerabilities across its components. As a result, it assesses how cybercriminals can exploit these problems to resolve them and improve the application's security.

Security and safety of web apps are becoming more and more critical, especially in today's market.

There is no denying that more and more companies are using web applications to satisfy their needs, whether it’s selling stuff or offering a way of contact. Therefore, a lot of money is spent on them.

It becomes more apparent when we consider that web applications, as mission-critical systems, may store sensitive data such as personal information and act as a means of payment.

Therefore, they’re prone to cyberattacks, and the moment a breach appears in a web application, the consequences will be dire for a company’s reputation and financial stability.

By identifying vulnerabilities during the web application penetration testing process, web app developers can ensure that their security policies are effective and that their clients’ data is protected.

By going through the web application penetration testing steps before its launch, developers are actually avoiding unnecessary financial and ethical risks associated with tackling security only after problems occur.

A web application penetration testing method involves several steps in order to ensure the security and safety of a web application. We’ll discuss each of these steps below.

The first and most important step in a web app pen test is information gathering, also known as the reconnaissance phase. As a foundation of a pen test, this phase provides the testers with a wealth of information about the target system and its security flaws.

The process of gathering information about the setup of a web application has two phases. Both of these depend largely on how you approach a target system.

You can gather a lot of helpful information by probing the target system. This direct interaction with the web application may include:

In contrast to the active method, the passive investigation is gathering the information you can already find on the internet without interacting with the web application. One of the most useful web app penetration testing tools for this phase is search engines such as Google, which lets you identify subdomains of a certain website.

Another tool you might find interesting is Wayback Machine. It lets you view a website as it was before, helping you identify any characteristics that might help you later in the process.

This analysis shows if the data is in any way in danger of being exposed.

This step involves using tools such as Burp Suite Pro to scan for vulnerabilities and unknown security loopholes. During this step, testers also try to understand what is the reaction of the web app to possible breaches.

After data has been collected and potential vulnerabilities have been recognized, testers have to put on their “hacker” suits to exploit these as a cyber attacker would do. This helps testers understand the risk associated with each vulnerability and the possibility of an attack.

Ultimately, this will lead to the fine-tuning of the available security measures.

Testers might utilize several exploitation techniques during the exploitation step of the web application penetration testing method. These include:

After researching, assessing, and analyzing, it’s time for testers to provide web application developers with an in-depth report of the whole process. This report includes the activities performed by testers, the potential threats & associated risks, and the recommended methods to mediate these problems.

A thorough web app penetration test doesn’t just end here. It is usually followed by a retest to ensure the problems have been patched and there are no exposed vulnerabilities.

Well, the end goal here is to improve the overall security of the target web application. So testers make sure they communicate well with web developers to ensure the problems are really solved.

In case any new problems arise, they’re there to help their clients.

As you can see, the widespread use of web applications in today's market has made it essential to provide users with data security for web applications. Don’t forget that, at the end of the day, a safe web app contributes to a positive reputation and more revenue for your business.