What is Tested Under Web Application Penetration Testing? 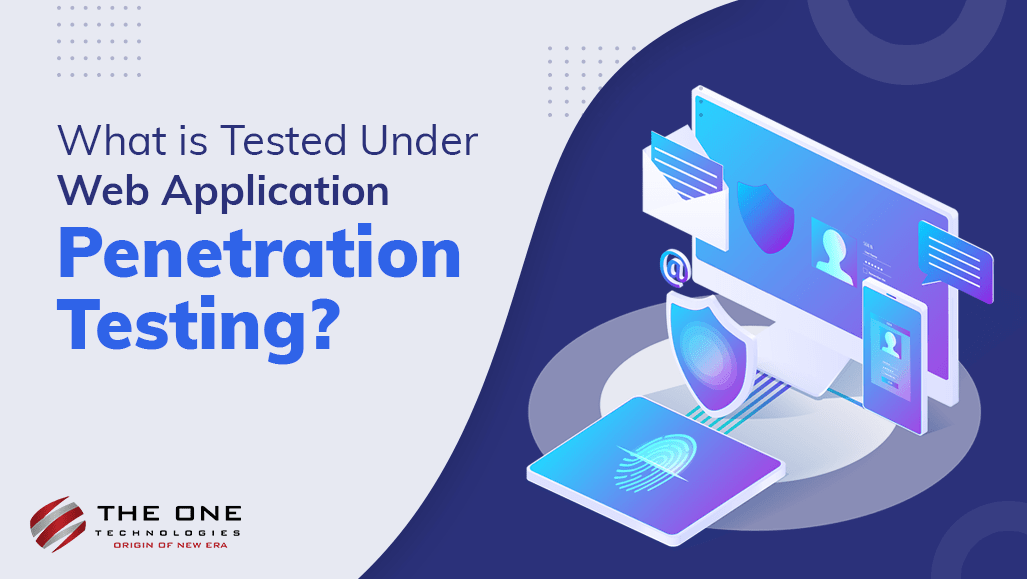 Modern life would not be complete without the internet, no question about it.

The internet continues to provide us with unlimited connectivity, educational opportunities, and technological advancements; however, it also exposes us to a wide range of online threats.

Did you know that more than 25,000 websites are hacked daily? Moreover, A 2018 PT Security study found that web applications have more than 70 different types of security vulnerabilities.

Penetration testing mimics hacker behavior on web applications. This test comprehensively identifies potential security holes, flaws, and configuration errors that may be implemented across your website's APIs and servers.

Soon, you’ll find out what this test really means and discover the most common web application security issues that can be resolved with pen testing.

What Is Web Application Penetration Testing?

Cyberattacks are becoming more complex, so companies are investing more funds to safeguard their systems against negative publicity and financial loss. But how can you test the security of your network?

To hack it with the same methods and tools a hacker would use.

Penetration Testing is a systematic approach to detecting and attacking security flaws in your software, servers, and handhelds. Finding flaws like these will help you fix them efficiently and protect your most valuable assets from harm.

When conducting your first security audit, consider focusing on the most common vectors: networks and applications.

Web application penetration testing begins with an automated security assessment. Next, we will take advantage of those vulnerabilities to determine how much damage they can do. Some of these measures include:

Lastly, you’ll be provided with penetration testing reports and move to the problem-solving stage.

You can use this testing to find flaws in your application or show that it is resilient against attacks by manually testing it. Testing aims to locate and resolve these problems so hostile parties cannot use them.

Pen testing has revealed the following 10+ most common vulnerabilities in web applications.

By modifying the browser's 'acct' parameter, the attacker can send any account number they like. Without correct verification, anyone's account can be accessed by the attacker.

Cross-site scripting (XSS) refers to an attack that targets a cross-site weakness within a WordPress site. Websites can be affected by XSS vulnerabilities that let foreign JavaScript code run.

This type of XSS arises if an application obtains data from an unknown source and uses it in subsequent HTTP requests without authorization.

Did you know that some systems are still vulnerable to the Heartbleed bug that was fixed in April 2014?

Most components operate with the same permissions as the application itself, which means flaws in one or more components could have serious consequences. Furthermore, there are automatic tools attackers can use to detect outdated or faulty systems.

Cross-Site Request Forgery (CSRF) involves forcing authorized individuals to send requests to a web application that already has their credentials. It is possible for an attacker to use CSRF to access the user's private information using a technique called login CSRF.

As the victim may not be aware of this, they might add private information — for example, their credit card details — to the account without realizing it.

It is a widely used attack method involving malicious SQL scripts used to manipulate to retrieve back-end data that was not meant to be shown.

In this attack scenario, web applications do not check the values submitted by web forms, data files, parameter values, and so on prior to sending them to SQL queries on the database.

Data breaches involving passwords are one of the most common data leaks. A cracking attempt consists in getting the correct account password without authorization.

Threat actors can also use it to gain illegal access to assets.

As you may already know, CSV files are commonly used to exchange data, usually databases, from one application to another.

CSV Injection, frequently called Formula Injection, is caused when websites inject untrusted data into CSV files. Whenever the user attempts to view a CSV file with spreadsheet software, for example, Excel treats any cell that begins with ‘=’ as a formula.

Arbitrary coding can occur when uploaded files are decoded and run by a recipient in the form of code. Security flaws like this make it possible for an attacker to upload harmful files to a server.

Infested computers and networks can be crippled by malware. In addition to accessing passwords, hackers use them to destroy data and shut down computers.

There are several types of malware attacks, but viruses are the most prevalent. For a virus to harm a system, the user must click on it or transfer it to media or another computer.

In such scenarios, hackers aim for an application that allows URL-based data imports or URL-based data reading. A successful SSRF attack usually leads to unauthorized operations or data access within the organization.

There are two ways in which this can occur: within the vulnerable application or on external servers made available by the application.

Cache poisoning occurs when an attacker exploits weaknesses in a web server and its cache server to store and return malicious HTTP responses to other web servers.

Basically, cache attacks rely on the ability of the attacker to observe how the victim accesses data on a shared system, such as a virtualized environment or a cloud-based system.

Many companies rely heavily on web applications for their business. Each web app stores a significant amount of confidential information, making them highly vulnerable to cyberattacks.

It is always recommended to conduct a thorough security assessment as well as penetration testing for your web application. You can do this before or after launching your web application so that you can pinpoint the potential threats to your website and, consequently, to your business.

The right security measures are an integral part of a successful web application, as are app testing companies. Don’t forget that an analysis of your network's vulnerabilities can reveal the most sensitive issues – which is why you need one of the best software testing companies in USA like The One Technologies.

Our QA experts will determine what risks your business faces before developing a strategy to improve cyber security.