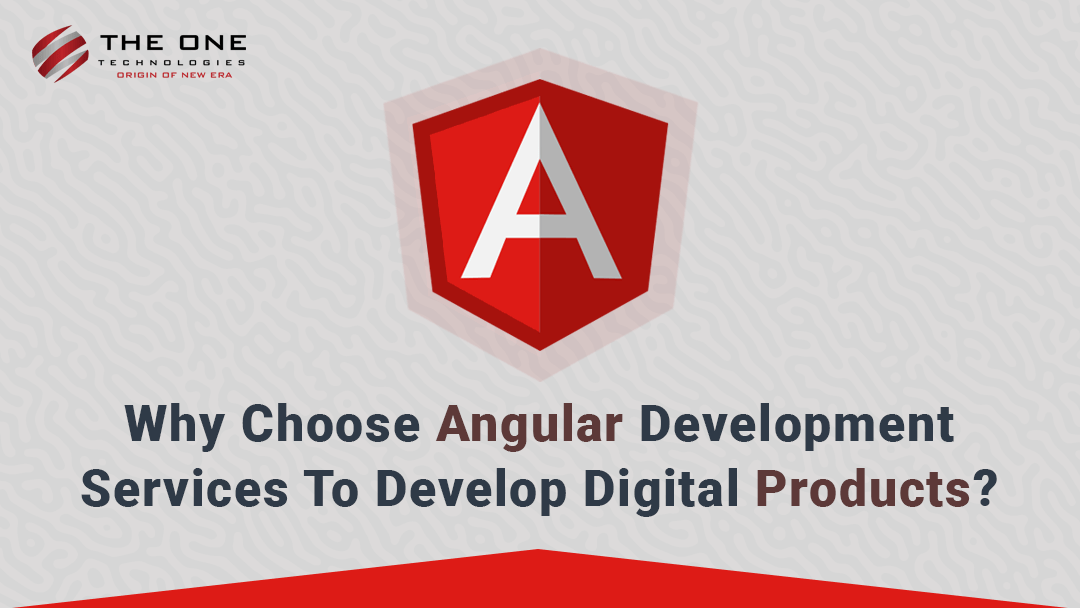 Well, you have to consider all the factors if you are making an online presence of your products, be it responsive web apps or user-friendly or intuitive. However, if you don’t consider certain points, then there will be trouble for the business.

So, you might be clueless or confused about choosing the right technology or framework for your project. But which one would be ideal for developing digital products? Well, the answer is Angular. But why? Let’s get the answer in this article.

Since the inception of Angular in 2009 by Google, Angular has come a long way in making a mark for itself in UI development.

“As per the report by stack overflow in 2019,
Angular was the second most-used web framework by developers.” 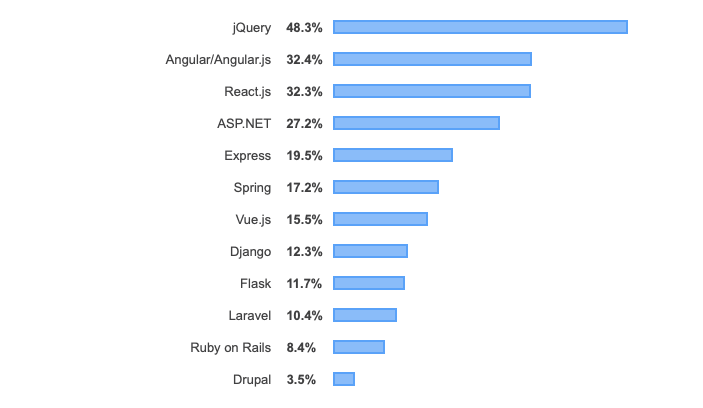 So, now the question comes, why is it growing and gaining popularity? Why choose AngularJS development services for your digital products? Well, let’s go through it. Hire AngularJS developers who know the following work.

1. Out of the box Functionality

Are you someone who would like to have everything required for app development, and that, too, out of the box? If your answer is yes, then Angular is the perfect choice for you. It supports routing and gets the data from the app.

When you are using Angular, you don’t need to use third-party libraries to create the basic functionality of your app. Having a preconfigured environment of Angular doesn’t only help developers to develop an interactive and dynamic website, but also allows them to test the product as well.

All you need is the official libraries and Angular offers you that. This way, you can get an intuitive app with better code quality and higher security.

One of the major advantages of the Angular framework is that it comes up with TypeScript language, which enables developers to keep the code clear and understandable;

But how will it be beneficial to your business?

TypeScript is a strong-typed and the base language for Angular. And due to its clear code functionality, it will enhance the performance of your app. If you have converted the PSD to Angular, you can easily identify the issues or bugs and remove them while working on any website or application. It’s basically Grammarly for your code. Isn't it cool?

Angular allows developers to manage and maintain a large codebase which might help you in large-scale projects.

Since TypeScript is the superset of JavaScript, a developer can do plenty of things with the coding process. It also shares improved navigation, autocompletion, and refactoring services.

Typescript makes it easy for developers to:

This is yet another advantage of leveraging the Angular framework for your project - Code Consistency. It offers better code consistency and helps developers to avoid mistakes.

Since Angular is based on components, it uses different components and defines them with a component decorator. It’s the core feature of modularity.

When we compare Angular vs React, we have figured out that Angular is more of a fully-responsive web design framework;

To enhance its consistency, Angular uses the CLI tools which can help to create the replica of code blocks using just a single command, ‘ng update’.

Having stated above that there is code consistency that will increase productivity. Developers don’t need to spend their day to figure out what utility, function, component or utility does as Angular will take care of all that;

Once you know how to write the component, it becomes simple to work with the next one because you have to follow the same guidelines. Also, due to the high readability of Angular code, developers can easily slot in current projects.

Angular Material is well-tested and ready to use UI components and modules that follow Google Material Design principles.

Angular contains a wide range of UI components, such as controls, navigation bar, menu, flyouts, indicators, and much more. The components are supported by almost every web browser and screen, making the applications responsive in real terms.

Moreover, modules simplify the workflow of design for developers. By adding the latest elements, developers can develop interactive applications faster with high performance.

The key to the success of any web development process is identifying an error and solving it. This process tends to business growth.

AngularJS makes the process of unit testing easier. It offers the supreme dependency injection that makes every component testable in isolation.

Almost, every renowned mobile app development company uses TypeScript, allowing developers to find errors as they type the code. Moreover, if a developer is upgrading from one version to another, all packages of Angular also get updated together. It’s very easy for developers to update Angular with a simple command line. Also, it’s very easy to decouple the component and can be replaced with the better one.

In fact, other products by Google are also built with the Angular framework. This is the reason Angular has gained the trust of many organizations. Therefore, many mobile app development companies leverage Angular to develop digital products.

YouTube TV was also built using the Angular framework, which was launched in 2017. It’s an alternative service to Hulu + Live TV by Google.

A popular platform for freelancers, Upwork also utilizes the Angular framework for its website and mobile applications. It gives an incredible performance.

One of the most popular online streaming entertainment applications - Netflix is a classic case of using Angular. More specifically, Netflix used AngularJs as the front end tool while using Python and Flask as the back end.

Angular is an immensely popular front end framework that is used by many large companies to build single-page web applications. It has several ready-made components and tools which render it highly usable right out of the box.