Why is India a Global Software Outsourcing Hub? 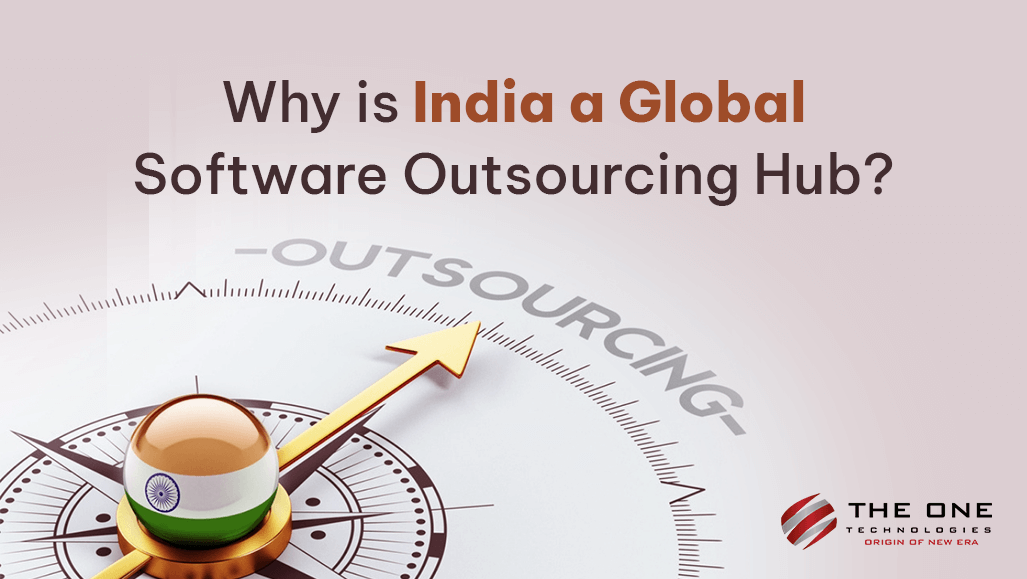 Businesses love saving money and boosting revenue, and outsourcing helps them achieve both. That's why many industry giants like Amazon, Apple, and Samsung have outsourced a sizable portion of their work to different destinations.

Over the last two decades, India has become the most powerful software outsourcing hub in the world. If you're wondering why keep reading to find out.

When it comes to having a large pool of talented and competent labor, India remains unrivaled. The country is home to over 1.2 billion people, and 3.1 million new college graduates enter the job market every year. India is also the largest English-speaking country in the world, larger than the United States and the United Kingdom combined. In addition to the huge numbers, the quality of talent attracts companies looking to outsource.

India continues to be a software outsourcing hub in part because businesses can save a lot of money there. This is mainly due to the significant differences between personnel costs in India and those in wealthy countries. For example, a competent developer in the United States can charge between $50 and $80 per hour. In contrast, in India, it is possible to negotiate a developer's hourly rate down to $15 or $20. Thanks to this pricing flexibility, software development outsourcing companies can freely and creatively manage their budgets, which also helps them make significant profits.

India's outsourcing sector is supported by a stable pro-IT government whose policies on the economy, GDP growth, taxes, electricity, telecommunications, commercial areas, and special zones have helped improve communications and infrastructure. One of India's top 5 priority industries is IT, and authorities have developed legislation to make the most of software outsourcing to India. The government has supported the IT industry by introducing the Information Technology Act, which recognizes electronic contracts, prohibits cybercrime, encourages electronic filing, and provides numerous tax and other incentives.

Most of the software outsourcing companies in India are known for their excellent infrastructure, allowing them to access and use the latest technologies. They constantly refine their strategies, and engineers are trained on the newest tech advancements. The cornerstone of their approach is training and keeping employees knowledgeable about the newest technology.

India has emerged as a leading software outsourcing hub due to the country's excellent customer service and productivity, a large number of English-speaking professionals, and large geographic areas with diverse time zones enabling 24/7 support. Customer satisfaction and business success depend on these key elements.

Command Over the English Language

Although some people might argue that English is India's second language, in truth, it is the first language for many Indians, especially those from the south of the country. India has a long history with the English language, having been under British rule for nearly 200 years. In India, the English language has grown and spread to the point where it is as well developed as in other English-speaking countries, if not better.

The number of software developers and outsourcing firms in the country has made India's IT business a consistent success, giving it global recognition. An analysis by Statista has revealed that the outsourcing sector in the country is so large that it accounted for 8% of the country's total income in 2013 and has continued to grow since then.

Additionally, the study shows that India's IT sector, the country's fifth largest industry, grew exponentially in 2014 and 2015 and brought in $61 billion in 2016.

Time and deadlines are critical to the success of any firm. "Money equals time." If a company is able to recruit a huge team with various departments that can work at different times, the cumulative impact is access to 24/7 operational teams.

Due to India's unique time zone, this is typically the case. Given its vast geographical region, a large number of teams scattered across the country may focus on a single project or provide continuous customer support 24 hours a day, seven days a week. Furthermore, a large time window is provided for businesses all over the world to take on more projects and complete them on time.

The main motivation for businesses to outsource their operations to other countries was to save labor expenses and do tasks faster and more affordably. The key to effective outsourcing is clear communication and skilled workers. India is the top software outsourcing hub, offering all of the above benefits.

Of course, with a vast range of IT companies in India with unique benefits and drawbacks, it may be hard or overwhelming to find the one that meets your needs. No matter the industry or business, you need a reliable provider that offers competitive prices and tailored solutions to meet your needs and goals. We at The One Technologies are proud to offer all these benefits, keeping you ahead of the competition. We're also a phone call away, ready to help.