Why Should You Choose Python for Real-time Applications? 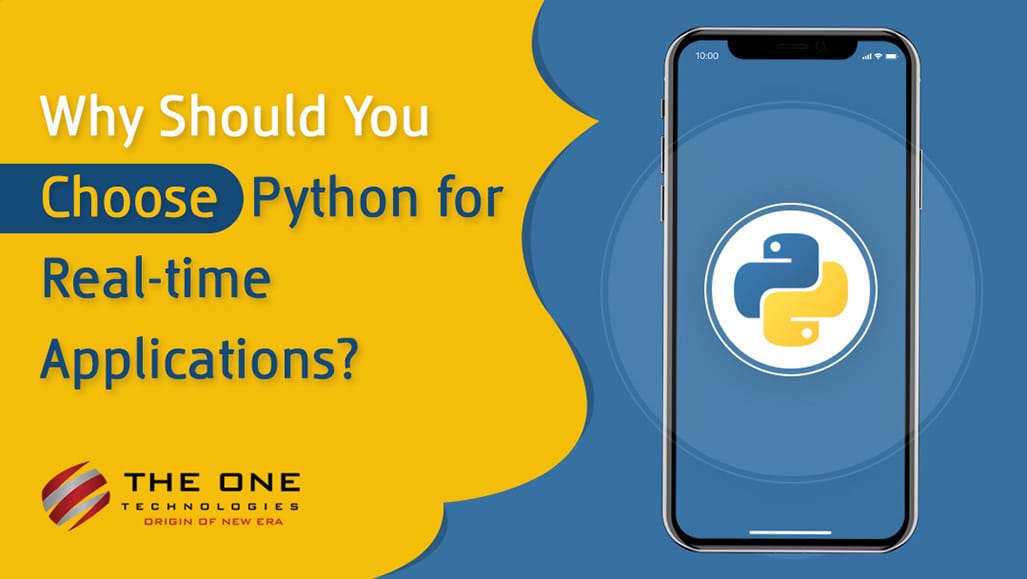 Many developers have been utilizing the Python language for a long time and it has stood out as one of the most prominent dialects today. The libraries and support make it obvious for any application that enables mobile applications, web applications, IoT, and AI applications with features-rich.

What Are Real-Time Applications?

Real-time application is a huge accomplishment that happened in the modern era. There are many virtual assistants for every platform - Siri, Cortana, Alexa, many more. With these real-time applications and having the accessibility of the internet, users can easily access the information and also can get regular updates with notifications.

However, the real-time domain is widespread, you must consider the platform and toolset, contingent upon the kind of application. If you are not experienced in this technology and industry, then you must know some considerations while developing real-time applications.

What Types of Challenges Does a Mobile App Developer Face? 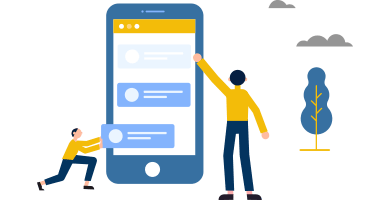 When mobile app development services develop real-time applications, the road of development is loaded with challenges and hurdles. It consists of security, accessibility, scalability, operational efficiency, etc. As a mobile app developer, you should look into some consideration factors before choosing the best programming language.

Choosing the right and suitable programming language leads your business to a great level of success. Hence, before choosing a language, you should look into its advantages and disadvantages. For that, you should consider the following criteria:

You will surely find plenty of programming languages at the moment, yet what makes a language special is its features. You can definitely go with Kotlin, C, C##, Java, AngularJS, Python and many more.

But while considering the perfect programming language, Python breaks the table and tops it.

Python is an open-source and free-to-use programming language. It doesn’t require any custom-built platform. Therefore, desktops and laptops are compatible with this language. The modules and libraries that Python provides are completely free.

Python is very much compatible with real-time software applications. Micro-Python is a version of Python for real-time applications that explicitly keeps running on micro-controllers like ARM Cortex-M3/4.

There are many free libraries available which are used to develop real-time applications. The important data is being used by the language that is stored locally or in the database for analysis. The best part of the analysis is that the foundation is done well before time and the functionality drops in.

Python consists of different comprehensive libraries which are used for string operations, Internet, web services, operating system interface, and conventions. The highly used programming tasks in Python are pre-scripts and that restricts the length of the codes that are to be written in Python. You will get many libraries like libraries for regular expressions, documentation generation, unit testing, web browser, database, threading, email, image manipulation, and more functionalities.

Python helps developers to create an automated test including regression testing that enables the controlling tools to send or receive messages from the system. Python scripts come in with various sets of applications, sets arrangements, and tests all potential outcomes that the system may face with the outside world. Also, if the developers find any bugs, they can easily detect them and change the code.

Python coordinates the Enterprise Application Integration that invokes COM or COBRA components and helps in developing web services. Python processes XML and other markup languages as it is capable of running on different modern operating systems by means of similar byte code.

Companies are bound to develop applications within their given budget. Python is the best option for bootstrappers and start-ups as it does not cost you high.

With Python, You Can Develop Real-time Applications Such As:

The Python programming language has been very popular among developers for a very long time, and it’s for all the good reasons. Not only Python is simple but also easy to use, flexible, and reliable. Due to its various features and benefits, Python emerges as the most trusted language as well. Big companies like Google, YouTube or Reddit are leveraging this language, so why should you not!